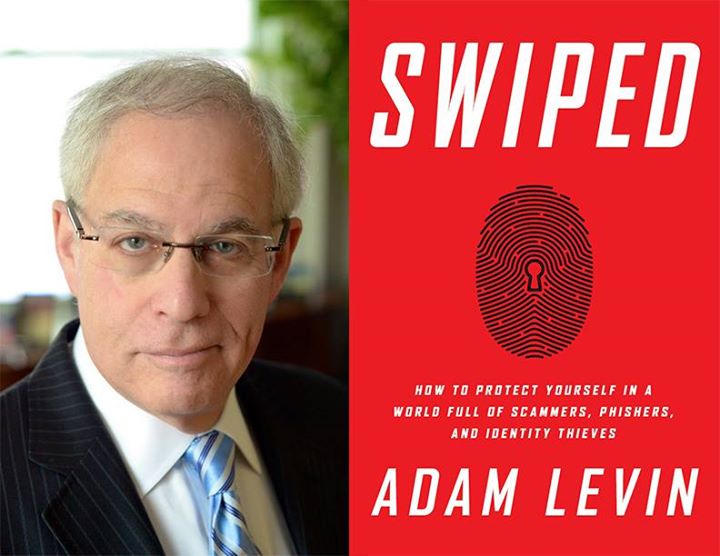 For most of human history, the mythological heroic defender was a muscular man armed with a sword, a shield and maybe some mystical powers. Today, as the threat of hacking becomes as pervasive and ominous as physical assault once was, it’s time to update our notion of what a superhero looks like. Call it the revenge of the nerds: The guy you want on your team these days is someone who knows how to keep you safe from cyber and identity theft. Someone who can leap through hard drives in a single bound, outwit hackers, and build an impenetrable digital moat around your most valuable assets. That guy is Adam Levin.

Levin, who runs a white-glove digital security firm called CyberScout, has spent three decades staying one step ahead of hackers. His field is crowded these days, but what sets him apart is his ability to foresee complex threats and to explain them in language we can all understand. The best evidence of that is his new book, Swiped: How to Protect Yourself in a World Full of Scammers, Phishers, and Identity Thieves, in which he outlines what he calls the “three Ms” of cyber defense: minimizing risk of exposure; monitoring bank and credit card accounts; and managing the damage.

The first step, says Levin, is recognizing the threats. Levin’s book details the differences between four kinds of scams: phishing, spear phishing, vishing and smishing (the second is when an email is written to your name; the last two are hackers using phone and text messages to dupe you). He also identifies four types of hackers: state-sponsored, those motivated for profit, those driven by a cause, and lone wolves (the proverbial 400-pound guys in their basements). “The damage done to you by any of these can be great,” says Levin.

Levin says over-sharing of personal information on social media means many people have become unwitting co-conspirators in their own identity theft. And while a typical high-net-worth individual—who is more at risk for identity theft—might employ experts for everything from financial management to personal training, there’s still a blind spot when it comes to hiring someone to help them erect digital safeguards. In an era of Wi-Fi enabled cars, smartphone apps that allow you to control your thermostat remotely, and Bluetooth refrigerators that text you a photo to remind you you’re running low on milk, hackers now have a broad array of targets. For someone who owns several homes filled with high-tech gear belonging to the category known as “the Internet of things,” the risk of cyber theft grows exponentially.

Indeed, from alleged Russian meddling in the 2016 election data to breaches at corporate giants including Verizon and Yahoo, we’re bombarded daily with the threat of cyber attacks. “We are living in a world where breaches are inevitable in life,” says Levin. “The only reason every one of us hasn’t been a victim yet is there is so much out there the bad guys haven’t gotten to us yet.”

So what can be done to protect yourself? One simple solution is to change the default password of every Internet gadget you own—make all your passwords long and strong. Always shred sensitive documents and never click on suspicious links. Levin also recommends people use two-factor authentication when logging onto a website. Because credit card theft is the lowest hanging fruit, you should check your financial accounts on a daily basis, and set up a transaction monitoring alert. Never use public Wi-Fi for online banking.

And one handy way to guard against cyber theft? Lie. “Because there is so much info about us on social network sites, you should lie when you supply personal information as a security question,” Levin says. “If the site asks for your mother’s maiden name, don’t answer truthfully. But don’t answer so creatively that you can’t remember your lie.”