A Plea for Science

When I was a boy, I wanted to learn about the world, what was in it and how it worked. Pretty early I found something that did just that. It was called science. Science is about what exists whether you believe it or not. It is a guide around preconceptions. The great power of science is this: When we know what is real, we can intelligently debate what to do about it. Not knowing what’s real means we can’t make good decisions. So science is very special.

But what if you don’t want people to know? In the early 2000s, science was documenting accelerating climate changes. Coal and oil bring us climate change. They also bring lots of cash to politicians.

The fossil fuel people needed a way to stop science. George W. Bush was the way. Soon after he took office, I started hearing phrases like, “Science is just another special interest.” That was the trick: politicize science.

George W. Bush got to work, hiring scores of lobbyists and industry lawyers and corporate spokespeople into positions that were supposed to protect the public interest. In 2004, the Union of Concerned Scientists noted, “the current Bush administration has suppressed or distorted the scientific analyses,” noting that “irregularities in the appointment of scientific advisors and advisory panels are threatening to upset the legally mandated balance.” That year, 52 Nobel Laureates, more than 60 National Medal of Science awardees, and 9,000 other scientists eventually signed a statement that said, “The administration has often manipulated the process through which science enters into its decisions… by placing people who are professionally unqualified or who have clear conflicts of interest in official posts and on scientific advisory committees; by disbanding existing advisory committees; by censoring and suppressing reports by the government’s own scientists; and by simply not seeking independent scientific advice.” Other administrations have done some of this, the statement said, “but not so systematically.” 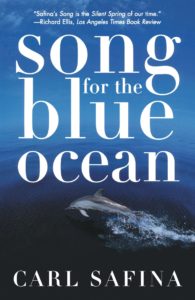 Chris Mooney summed up the Bush inquisition in The Republican War on Science. The year Barack Obama was elected, the scientific journal Nature Immunology ran an editorial, “Politicizing Science No More.” which began, “The United States has suffered years of anti-science policy under the Bush regime.”

The anti-science skills of the early ’00s under Bush have become the playbook for Trump’s appalling appointments. The United States is abandoning global scientific leadership for political and business expediencies resulting in shortsighted—and simply bad—policies that hurt the health of people and our environment.

Of course, not only politicians distort science. Anti-vaxers, for instance, hold views that put children at risk. But when the White House sides against public health and our environment, it’s a different deal. It’s a breakdown of “a government of the people, by the people, for the people.” It’s anti-American. And that’s the America we have, until we make it great again.