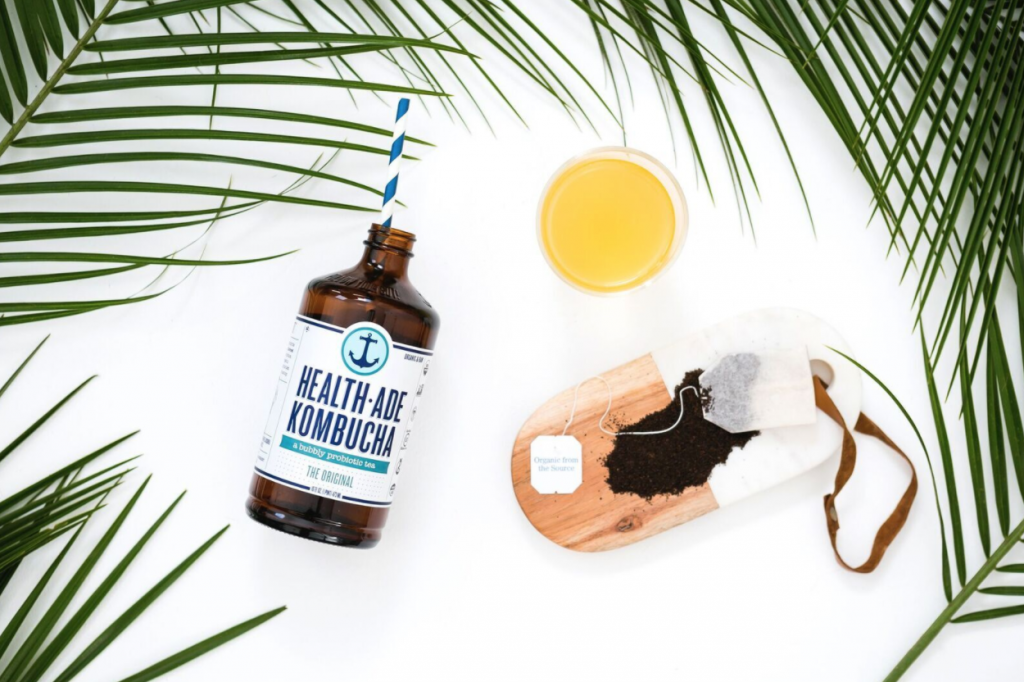 Wellness tonics do more than just quench your thirst—they’re also an easy (and tasty) way to meet your nutritional needs. “A lot of people are looking for ways to treat their bodies well and to achieve total wellness,” says Jenn LaVardera, MS, RD, a registered dietitian and founder of Hamptons RD. “For those who already have the basics down—eating a lot of fresh fruits and vegetables—this is sort of like the next level.”

Though these elixirs do contain antioxidants, herbal ingredients and spices, there’s not a lot of scientific evidence to support the claims some bottled beverages make, she notes. And while they won’t reverse the effects of eating poorly, they can add a concentrated dose of vitamins, minerals, probiotics and antioxidants to your diet in just a few sips.

Health-Ade Kombucha
Made by letting bacteria and yeast ferment in sugar-sweetened tea, kombucha is a probiotic food (like yogurt) that’s loaded with beneficial bacteria, says LaVardera. Research has shown that this bacteria has a multitude of health benefits, including aiding digestion and boosting your immunity. Plus, kombucha contains B vitamins and antioxidants. ($53 for 12 16-ounce bottles, amazon.com)

Temple Turmeric Original Elixir
This drink contains turmeric, a bright yellow spice commonly used in curries, whose active ingredient is the powerful anti-inflammatory curcumin, explains LaVardera. That’s why it may be beneficial for several conditions, from relieving arthritis pain to inflammatory bowel disease. Studies have also shown that it can lower cholesterol, help fight infections and even prevent some cancers. ($45 for six 12-ounce bottles, templeturmeric.com)

BluePrint Ginger Maple Tonic
Ginger, a close relative of turmeric, also has long been used to ease inflammation and gastrointestinal pain. It may help alleviate nausea, gas, bloating and cramps, according to LaVardera. ($35 for six 10-ounce bottles, blueprint.com)

Kevita Probiotic Apple Cider Vinegar Tonic with Cinnamon
While the scent of cinnamon may remind you of apple pie and chai latte, scientists have found that this antioxidant-rich spice may actually improve blood sugar levels in patients with Type 2 diabetes. There’s also some evidence that it may moderate your blood pressure, says LaVardera. ($36 for 12 15.2-ounce bottles, vitadigest.com)

Fire Cider Apple Cider Vinegar and Honey Tonic
Apple cider vinegar is touted as a weight-loss aid, but there’s evidence that it may have other benefits as well, says LaVardera. Recent studies have suggested that it may help improve blood sugar levels and turn on genes that trigger enzymes that break down body fat. While you can drink straight shots of the vinegar, she prefers to incorporate it into meals and salads. ($15 for 8 ounces, firecider.com)