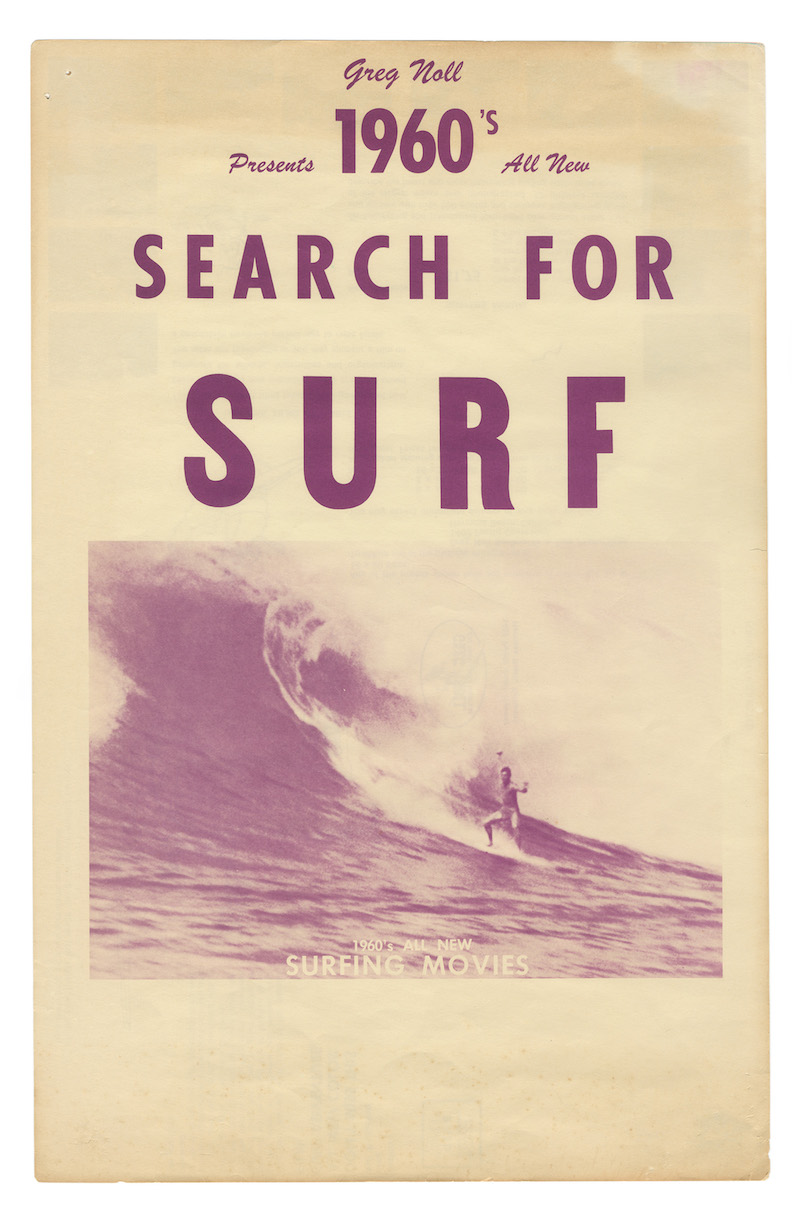 “We are so used to staring at cool stuff on Instagram that it feels kind of healthy to experience eyeball-pleasers in real life too,” says chiropractor Dr. Lisa Wolfe, the mastermind (along with her husband, Johan Kugelberg) of Boo-Hooray Summer Rental, the art-centric concept store returning to Montauk this summer. On Memorial Day weekend, the store will feature a collection of vintage surf ephemera and, later in the summer, artist Pat McCarthy (of the Satan Ceramics collective) will have an exhibit in which he promises to somehow incorporate live pigeons. The Vintage Surf Posters & Ephemera (1950’s – 1970’s) exhibit runs from May 26 through May 31, 805 Main St., Montauk

“He’s a true witness,” says T Gallery founder Therese Mahar of legendary photographer Harry Benson, who—over the course of his 65-year career—has covered everything from the Beatles’ arrival in the U.S. to famine in Somalia. With Through the Lens, the opening act at her new Southampton space, Mahar shows off the range of Benson’s work, including a captivating 1968 shot of Jacqueline Kennedy with her brown eyes peering through a white ski mask and her iconic sunglasses perched on top of her head. Harry Benson’s Through the Lens, at T Gallery, through June 29, 4 North Main St. C, Southampton 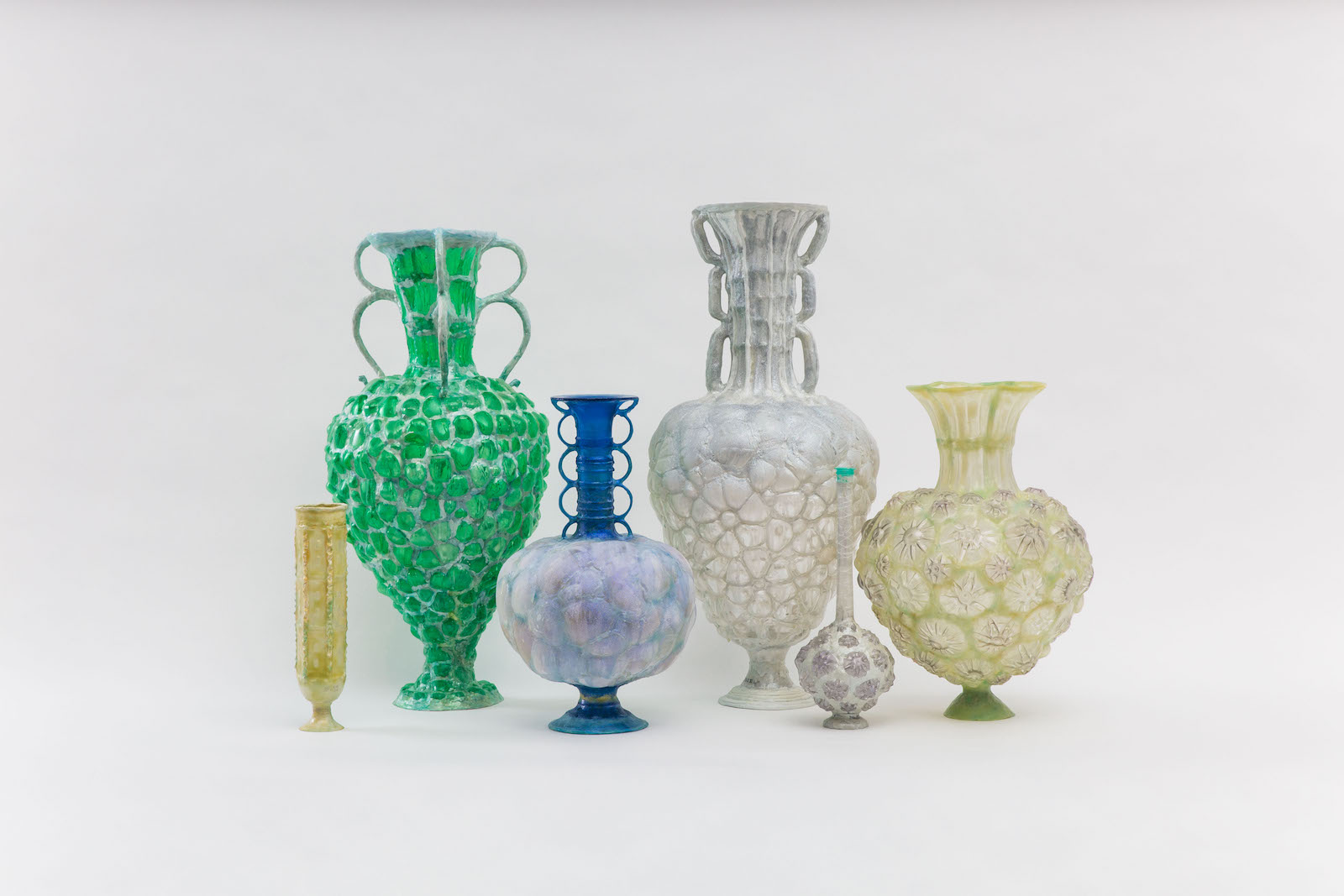 Inspired by ancient artifacts, Brooklyn artist Shari Mendelson takes recycled plastic and sculpts it into objects—an ornate urn, a long-necked pitcher—that look like they’ve just emerged from an archaeological dig. “I love the beauty of the aged, oxidized surfaces,” the sculptor explains. “The colors of these pieces inform my palette both consciously and unconsciously.” The pastel-hued, slightly asymmetrical vessels take on an almost otherworldly beauty, shifting our perception of plastic containers (“symbols of our time” as the artist puts it) from throwaway objects to lasting pieces of art. Shari Mendelson at Todd Merrill, on view all summer, 11 South Main St., Southampton

The current show at the Pollock-Krasner House offers a photographic peek at the moment when some of the world’s foremost Abstract Expressionists populated the area. Titled East End Art World, August 1953: Photographs by Tony Vaccaro, the show features a collection of images—such as a never-before-seen color study of Jackson Pollock’s face (complete with furrowed brow) and a shot of Elaine and Willem de Kooning looking into each other’s eyes—taken by Tony Vaccaro on assignment for a Look magazine feature that never ran. Many of the photos on display had been missing for six decades until Vaccaro, now 94, discovered them during a move. East End Art World, August 1953: Photographs by Tony Vaccaro, at Pollock-Krasner House and Study Center, 830 Springs Fireplace Road, East Hampton, through July 29

Since his art is known for including tropes like skulls and guns, Dominique Rousserie’s show at Tripoli Gallery is somewhat of a departure. Titled Botanic Verses, the collection of works from the St. Barts-based painter depict orchids in anatomical detail, giving them an intimate, sexual feel. “Some attracts, some repulses you,” the artist explains, “they deserve their ‘gallerie de portrait.’” Rousserie’s friend—the late writer/philosopher Gérard Barrière—described the series (which originally debuted in Argentina in 2001) as brimming with the “vivacious sensuality and vulvar darkness of [the orchid’s] petals, as if the orchid, though not hallucinogenic, was in itself a sublime hallucination.” Dominique Rousserie: Botanic Verses at Tripoli Gallery, 30A Jobs Lane, Southampton, June 16-July 10

Coinciding with the 25th anniversary of the Innocence Project—the nonprofit that helps exonerate the wrongfully convicted—Guild Hall presents The Innocents, the 2002 series of photographs by multidisciplinary artist Taryn Simon, who took portraits of victims of such injustice. Shot with rich, saturated colors, Simon places each of her unfairly accused subjects at locations associated with their cases. All of the portraits—like the one of a man shot in a grimy hotel room lying between two bare mattresses, his eyes peering up at the camera—tell an emotional story while delivering an impactful social critique. Taryn Simon’s The Innocents at Guild Hall, 158 Main St., East Hampton, June 17-July 30