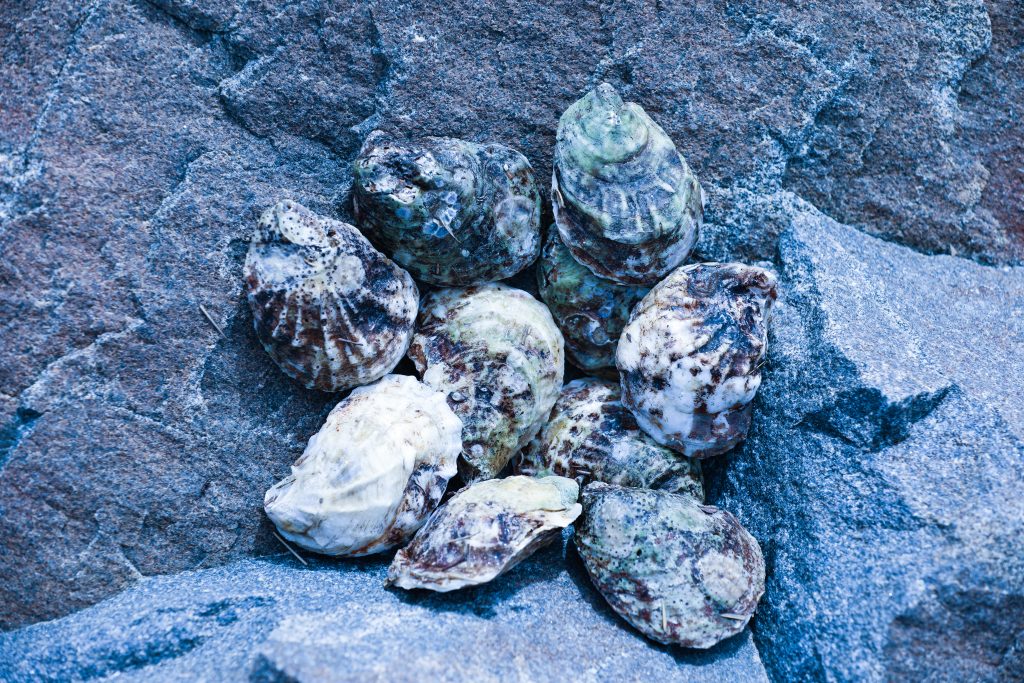 The Montauk Pearl Oyster leads an exotic double life. On shore, the oyster—known for its dense shell, its deep cup that cradles a particularly meaty mollusk, and its refreshingly briny taste—uses its body to enrapture diners out for a night of shellfish slurping.

“I remember them for their piquant, oceanic brine and silky texture,” says Julie Qiu, the “oyster sommelier” behind the bivalve-obsessed site inahalfshell.com.

Oysters are also nutritional nirvana—they’re loaded with protein, zinc, iron, calcium, vitamin B12 plus some vitamin A. Furthermore, that legend about them being aphrodisiacs has some credible research behind it: Zinc is known to boost testosterone and oysters also contain amino acids that are—to quote one scientist—“integral in the neural pathway of the pleasure response.”

Back home in the sea, however, the Montauk pearl oyster has less sexy, but more urgent, business to take care of—it serves as an underwater superhero, taking on the nefarious forces that increasingly threaten East End water quality. The oyster’s primary foe? Nitrogen, which is showing up in extreme amounts in our local waters via runoff from septic systems and the use of fertilizers.

“Surplus nitrogen in our waterways creates prime conditions for harmful algal blooms to flourish,” explains Kate Rossi-Snook, environmental advocate for the Concerned Citizens of Montauk. “These blooms can smother eelgrass and create conditions that are toxic to fish, birds, our pets—and us.”

That’s where the oyster—a natural “filter feeder”—comes in. Since one oyster (which uses nitrogen to bulk up its shell and tissue) can filter up to 50 gallons of water a day, a large oyster farm can help mitigate the nitrogen overload, thereby creating a safer, healthier habitat for marine, animal and human life alike. “Oysters are one of the greenest forms of protein on the planet,” says Barley Dunne, the director of the East Hampton Town Shellfish Hatchery, which is holding a reception on May 28 at Bay Kitchen Bar in support of its oyster garden initiative.

Mike Martinsen—co-owner of the Montauk Shellfish Company oyster farm and the man who coined the name Montauk Pearl Oysters—couldn’t agree more. “The beauty of the shellfish industry is that you’re not taking from the environment, you’re contributing to it,” he said. “I love that shellfish farming is something that you can make a small profit with, and at the same time be cleaning the water.” Oyster-loving Qiu further praises both the mollusks and their minders: “Because the oysters we eat are products of pristine environments, I see oyster farmers as stewards of the watershed and oyster farms as beacons of ecological hope.”