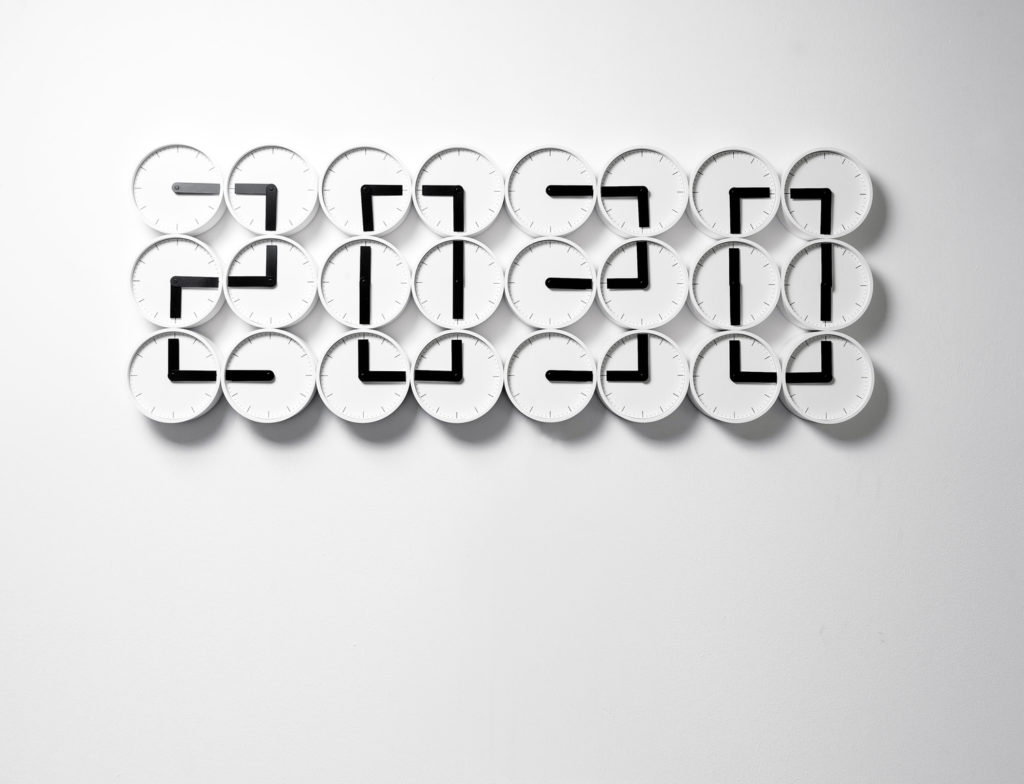 Can you tell us a little about the inspiration behind ClockClock24?

BASTIAN BISCHOFF: There were two experiences that inspired us to create these kinetic artworks ClockClock24 and A million Times, which are both based on the same concept. During our studies in 2009 we experimented with animated typography and developed a font that was based on a grid of clocks. Using clocks to show a circle of formation and decline of characters was intriguing and after some experimentation it proved to be beautiful, too. What triggered this typography experiment was a diffuse question that followed us during our MA studies: “How time designs and how to design time?” We took the above question literally and in a deliberately naive and almost childish act we manipulated the official symbol of time, the clock. As it can be seen in our artworks, the clocks are not following a ratio between the hour and the minute hand. They also stop when they want and even sometimes go backwards. Metaphorically speaking, we liberated the clock from its sole function of measuring and reporting the time by taking the clock-hands out of their “administrative” roles and turning them into dancers. It seems that a combination of childish escapism and a personal preference for pure forms led to the design of our kinetic sculptures.

Regarding the visual aspect of the artwork, there was another experience that influenced us. Back in 2009, we conducted experiments with patterns of random fallen toothpicks. We were curious to discover when something appears random, and how much human intervention is needed in order for dozens, formerly random-spread toothpicks to be recognized as artificially arranged. Though the scientific method and result were questionable, we saw in those fallen sticks a pure and mysterious visual language. During this small experiment, we noticed the beauty in the contrast and interdependency between chaos and order, an aspect that is now seen as central in ClockClock 24 and A Million Times.

Purist is devoted to the exploration of all things wellness. How can our sense of time play a part in our wellbeing?

Realizing that time is passing can be scary, of course, and paradoxically, the urge to optimize the here and now often leads to a call for efficiency that leaves un-free, stressed or depressed individuals that simply feel paralyzed when facing an imagined time scarcity. On the other hand, the passing of time is the base for healing, growth, forgiveness and hope. With time come opportunities and new chances. Seeing it this way and really being aware of this positive aspect can be quite calming.

In what ways do wellness and luxury come together in ClockClock24? Why did this participation in the Pop-Up feel like a good fit to you?

We created and still see ClockClock24 rather as a kinetic artwork that happens to be quite expensive to produce and hence falls into the luxury segment. Regarding the wellness aspect, I can say that many people who saw the piece at exhibitions reported to us that it feels like a “massage for the eyes” when watching the piece performing. The Purist Pop-Up is a good fit to show ClockClock 24 because we think that the magazine’s audience is interested in such unique concepts that go beyond just the look but of course also appreciate a pure visual language.

Each piece is produced and assembled in your workshop. Anything to say about the hands-on process, or the human touch—fitting given the name of the company!—in creating these stunning pieces?

Indeed, each piece is hand assembled in our workshop in Sweden. We have highly skilled artisans in our studio team who support us with the manufacturing. It is important to make these limited editions in-house with skilled people to keep full control over the quality.

How do you and Per shape time in your downtime, outside of work?

I actually like staying home and experiencing the world through books or sometimes go back home to Southern Germany for meeting with old friends or to hike in the Alps. Per spends time with his wife Tove and his son Jarl. He likes going out and work on their new country house that they built on an island in the Stockholm archipelago. 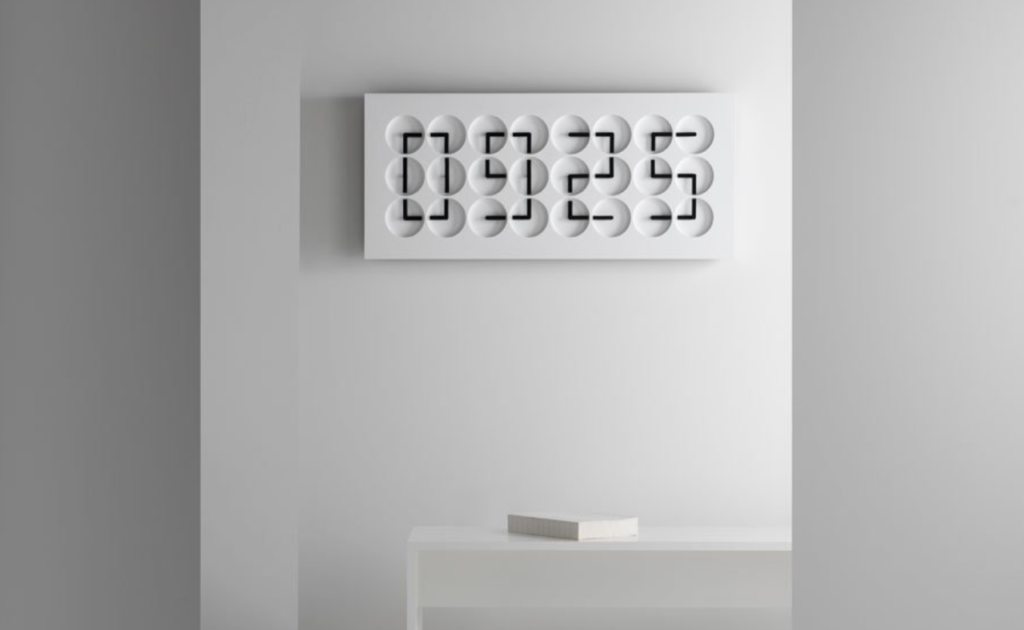