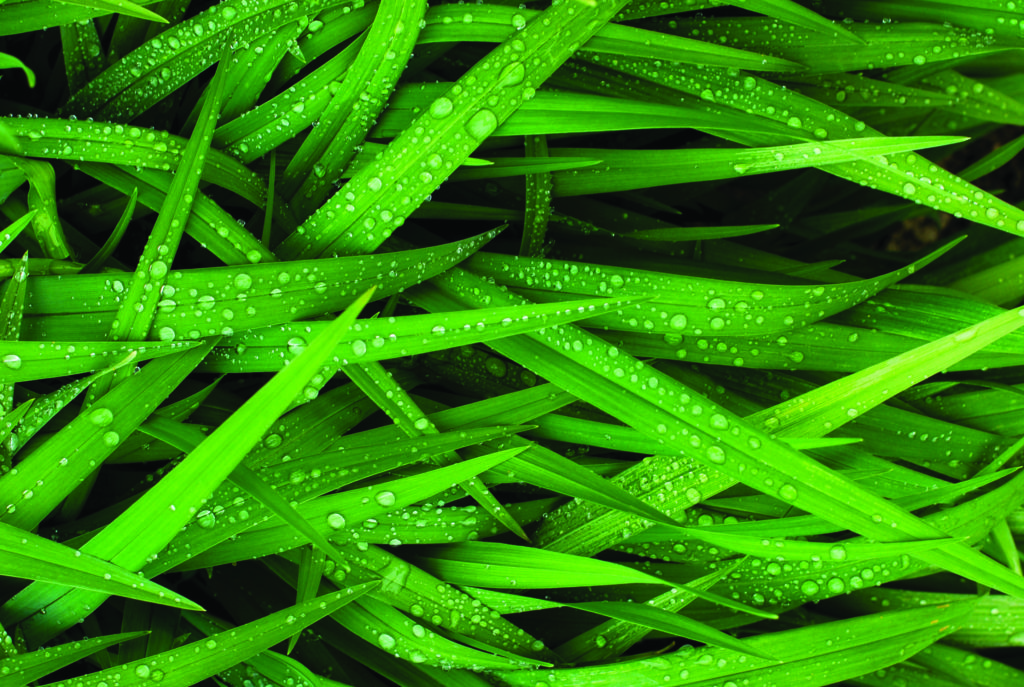 You’ve probably seen the TV ads for Roundup, the popular pesticide/herbicide, with a Mr. All-American homeowner mowing down weeds like a destroyer who’s stepped out of the Wild West. That’s actually a pretty apt image, because glyphosate, the active ingredient in Roundup, is, in my opinion, one of the most dangerous destroyers out there—of our health.

Consider that in the past year or so, in two separate cases, two plaintiffs have successfully sued Monsanto, the product’s maker, for millions of dollars in damages, persuading juries that their regular use of Roundup was at least partially responsible for their being diagnosed with cancer, specifically non-Hodgkin lymphoma. And this is just the tip of the iceberg—there are currently about 11,000 similar cases working their way through the courts, driven in part by the WHO’s International Agency for Research on Cancer’s determination that glyphosate was “probably carcinogenic to humans,” listed at one rung below IARC’s highest level of health alarm.

And according to the Institute of Science in Society, there’s also growing scientific data implicating glyphosate as an endocrine disruptor as well as a DNA mutagen. In other words, it may be damaging our hormones and our genes.

But the most insidious thing about glyphosate is that it’s taken up by the cells of the plant, so you can’t get rid of it by washing off the food you eat. So, in effect, the chemical is baked in, and it has permeated our food system. Monsanto has hooked the world’s food supply on toxic levels of a dangerous chemical.

Yes, this is scary stuff—and here are the basics of what you need to know about it—and how to avoid it:

1. Glyphosate/Roundup is not just used on GMO crops. You can’t talk about glyphosate without talking about genetically modified (GMO) crops. Monsanto patented Roundup back in the ’70s—it was originally formulated to scrub mineral deposits out of boiler pipes. The company then repurposed it for the lucrative herbicide market—within certain limits. You could only spray so much toxic crap on crops in order to kill off pests before you began to kill the crops. The work-around, which emerged in the ’90s, was to tinker with the genes in soy, wheat and corn, so they could tolerate more glyphosate—a lot more. The relatively small amount of the stuff that your less-informed neighbor squirts on his lawn weeds, though awful for polluting your neighborhood, is the least of your problems.

More concerning are the 500 billion pounds of the stuff that’s sprayed on crops globally, with 300 million pounds in the U.S., where it’s used, not just on GMO grains, but to dry crops in preparation for harvest. Many different food crops, including corn, peas, soybeans, flax, rye, lentils, triticale, buckwheat, canola, millet, potatoes, sugar beets, soybeans and other edible legumes are sprayed with glyphosate to speed up the drying process.

2. The devastation wreaked by glyphosate is ecological as well as medical. Likely, we won’t know the true cost of putting corporate profits before public safety for years to come. But the early reports are scary, both from a planetary and an individual health perspective. Glyphosate contamination has made its way into the water systems of 38 U.S. states. European rain samples reveal similarly worrying concentrations. A 2014 study fingered the chemical as possibly contributing to epidemic levels of kidney disease in agricultural regions in Central America, India and Sri Lanka. It may not be surprising to learn that a team of international researchers found that glyphosate caused kidney and liver damage in rats at very low doses, a lot lower than what the EPA regards as “safe” in the U.S. water supply. And, in Argentina, where large swaths of the country have been handed over to glyphosate-soaked GMO soy, the chemical has been linked with birth defects and cancer.

3. Glyphosate is an ‘antibiotic’ that messes with the microbiome. Glyphosate not only carpet-bombs the weeds on your lawn, but also the bacterial flora in your gut—and I’m convinced that the increasing number of gut problems I’m seeing in my patients is connected to glyphosate exposure. This is most likely because it’s actually a registered antibiotic as well as a weed killer, and its reach has expanded far beyond the lawn—and straight into your gut via the food you eat. When we eat GMO crops, or the animals that eat them, we’re inadvertently dumping loads of this dangerous chemical directly into our bodies three times a day or more. And because it’s also being liberally sprayed on countless food crops (not only genetically engineered ones), we’re eating multiple daily doses of an unwanted, unprescribed antibiotic, courtesy of Monsanto (one of the folks who also brought us Agent Orange).

4. Kids are likely at highest risk, but grown-ups are quite vulnerable too. A study of human exposure that looked at the amount of the glyphosate excreted in urine found that the amount of chemical that passed through us had increased 1,200 percent between 1993 and 2016. Recently, the Environmental Working Group looked at kids’ breakfast cereals and found that all but two of the 28 oat-based cereal and breakfast products they studied, contained levels of glyphosate the EWG folks considered potentially harmful for children. There was more of the chemical in Honey Nut Cheerios than added vitamins D and B12!

Remember, it’s easier to limit your kids’ exposure to glyphosate than to try to reverse any damage once it’s done, so, for starters, I highly recommend rethinking Junior’s breakfast ingredients. From there, there are several other steps you can take to limit glyphosate exposure for yourself and for your family, and to buffer all your bodies against the stuff that can slip through.

Here’s where to start:

• Go organic—the only foolproof way to eliminate glyphosate is to avoid conventionally grown and processed foods.

• Buy grass-fed meat, to ensure that the animal was raised on a diet of grasses and not on GMO grains.

• Keep your body topped off with protective minerals by taking a multimineral supplement that includes trace minerals.

• Be kind to your liver by avoiding alcohol and taking a liver-supporting supplement, which will usually include milk thistle, dandelion root and artichoke leaf.

• Stop buying Roundup to kill the weeds in your garden. drfranklipman.com