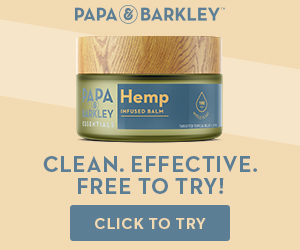 The most striking paradox of the 21st century may be this: Human population is expected to surge from 7.5 billion to 9.5 billion by mid-century—yet the global food supply could plummet. The Intergovernmental Panel on Climate Change (IPCC) has predicted a 2 to 6 percent decline in global crop yields every decade going forward due to drought, heat, flooding, superstorms, weather volatility, shifting seasons, invasive insects, and other symptoms of a warming planet.

For most of us, this still feels like an abstract problem—a crisis 30 years off—but disruptions in food supply are already evident almost everywhere. In July, when the heat wave swept Russia and Europe, it destroyed corn and wheat fields and crushed vineyards. Soon after Bordeaux reached a record 106° F, France’s minister of agriculture said the country’s coveted wine production would decline 13 percent. Many of the soy and corn farmers in the American Midwest, meanwhile, couldn’t plant their seeds when massive spring storms flooded the land, resulting in billions of dollars of dollars of lost crops. Extreme weather events in recent years have also damaged or destroyed olive groves in Italy; citrus and peach orchards in Florida and Georgia; apple and cherry orchards in Wisconsin and Michigan; avocado farms in Mexico; and coffee and cacao farms in dozens of equatorial nations. There’s been severe damage to dairy and livestock operations the world over.

The climatic threats to food production are incredibly varied and region-specific, but it all adds up to this: Climate change is becoming something we can taste. This is already a kitchen table issue, in all senses. And what, you must wonder, lies ahead? What will be on our Thanksgiving tables in the year 2050? Will future historians look back on our current agricultural moment and see it as Dickens did Europe in the late 18th century—an age of belief and incredulity when “we had everything before us, we had nothing before us”?

According to the IPCC, we have good reason to believe we’re headed toward nothing. By the middle of this century, a recent report reads, the world may reach “a threshold of global warming beyond which current agricultural practices can no longer support large human civilizations.” But that fate hinges on a key assumption—that current agricultural practices won’t change. And if my research has taught me anything, it’s that farmers, scientists, activists and engineers the world over are radically rethinking food production.

In my book, The Fate of Food: What We’ll Eat in A Bigger, Hotter, Smarter World, I took a five-year adventure into the lands, machines and minds working on the future of food. I traveled from small apple orchards in Wisconsin and tiny cornfields in Kenya to massive Norwegian fish farms and computerized foodscapes in Shanghai. I learned, through travels in more than a dozen countries and as many states, that human innovation, which marries new and old approaches to food production, can redefine sustainable food on a grand scale.

Amanda Little will be speaking on the future of global crop production on August 14 at 3:45 PM