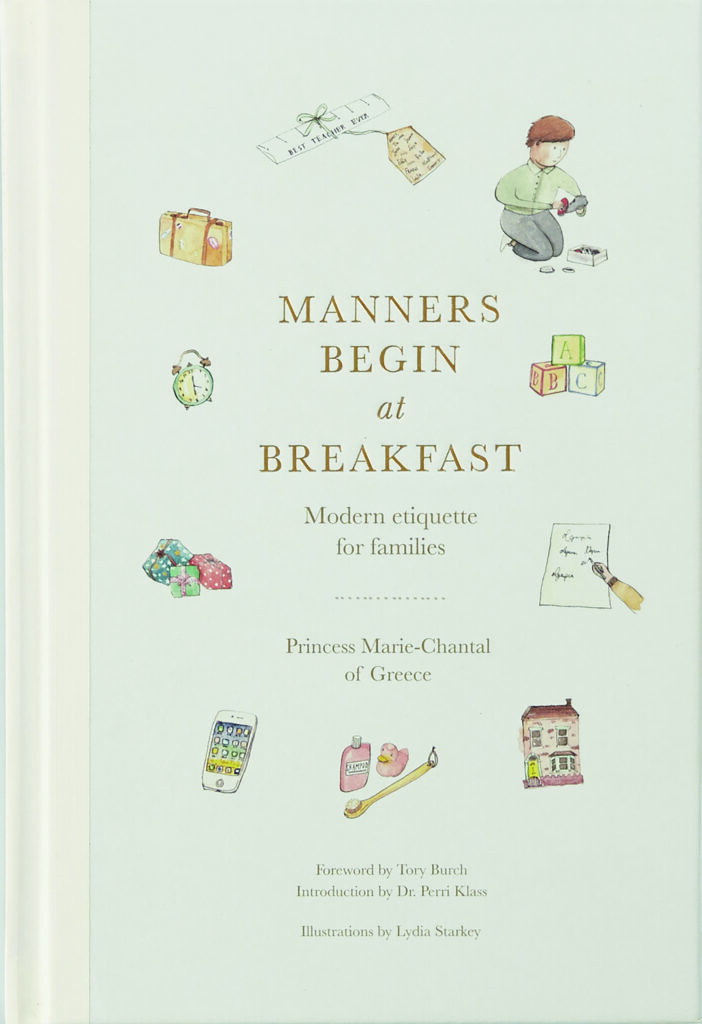 “With every word we utter, with every action we take, we know our kids are watching us. We as parents are their most important role models.” —MICHELLE OBAMA

The simple fact is children today spend too much time on smartphones, computers, tablets and gaming consoles. With this growing trend in computer dependency, we are raising a generation of kids who feel more comfortable staring at a screen than looking another person in the eye and having a good old-fashioned conversation. This lack of human interaction is not only unhealthy but also heartbreaking. Since the technological world continues to evolve at such a rapid pace, accepted rules of etiquette surrounding usage are, to a certain extent, yet to be established. My hope is that the guidelines I offer here will set a good example for our children, and help them to lead a real life filled with human interaction, rather than a virtual one…

No screens before bed

There are numerous studies stating that too much screen time before bed can prevent us from having a good night’s sleep. My family shuts off electronics an hour before bed, and this seems to work well for us. One suggestion—although it might begin an argument!—would be to take your children’s phones, computers and tablets away from them at a set, previously agreed-upon hour. If you explain the reason behind it, they may be less reluctant to relinquish their devices; we all need our beauty sleep, after all, and they will get their treasured gadgets back in the morning.

I always keep an eye on my children’s social media accounts. You might think you are, too, but children tend to be quite sneaky when it comes to this new world, and many know how to create fake accounts to hide their social media presence from their parents! Talk to your child about what is and isn’t appropriate to post on social media. You don’t have to wait until the tween or teen years—start the discussion early. It’s up to the parent to decide at what age a child can open a social media account. I suggest putting it off for as long as possible! If you are getting pressure from your child to open an account or to get a smartphone, it’s a good idea to raise the topic with the parents of your child’s classmates and collectively make a decision. If all the parents adopt the same policy, you’ll avoid the otherwise inevitable situation—and ensuing argument!—when your child comes home from school demanding a social media account or a phone at age 8 because so-and-so has one.

When they were older, I let my children join some controlled social media sites, but I would always set the privacy-policy settings to “private,” and make any other changes I deemed necessary. It’s vital that parents continually monitor policy settings as a matter of course.

While it’s important to prepare our children for the real world, it’s just as important to prepare them for the world online. Teach them about cyberbullying, emphasizing the need to think about how they communicate with others and to avoid hurting someone else’s feelings. I always tell my children to imagine what their grandmother would think before they post a message or picture.

Research has shown that spending too much time on social media contributes to childhood and teen anxiety and depression, so it really is a parent’s responsibility to address this and monitor usage closely. Again, setting boundaries is a good thing. Children like to know that their parents care.

Whether you have a 4-year-old watching a video on a tablet or a tween texting on a smartphone, all electronics should be banned during mealtimes—plain and simple. Children need to learn that there are times in life when they will encounter more structured and formal situations. How will they cope if they’re used to staring at a screen or playing a game during dinner? Get into the habit of reiterating the rules of behavior when they are out with their grandparents or in formal settings.

When a child is on a screen and is addressed by an adult or another child, it’s important they know to look up and make eye contact when they respond. Eye contact is an important social skill that children will carry with them into later life.

From Manners Begin at Breakfast: Modern Etiquette for Families by Princess Marie-Chantal of Greece, (c) 2020. Used with permission from The Vendome Press