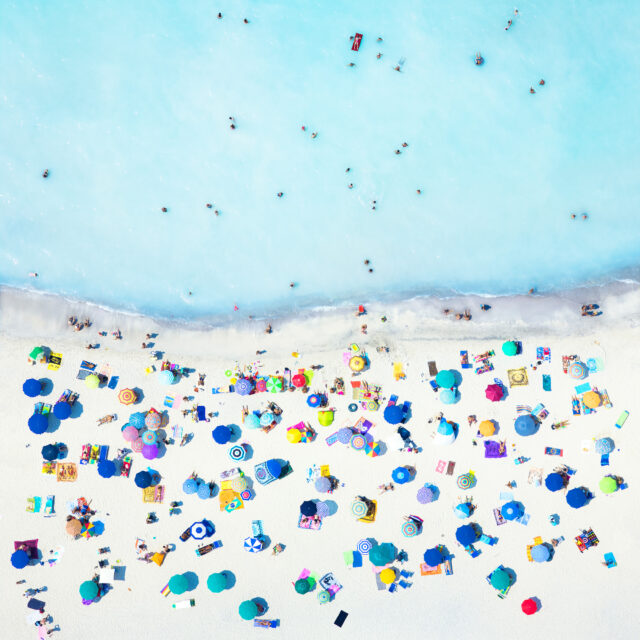 As an NYU undergrad, Jesse Israel co-founded Cantora Records in his sophomore dorm room and signed one of the biggest bands of the early 2000s, the zeitgeist-defining psychedelic-rock duo MGMT, which dominated the airwaves with blockbuster hits “Electric Feel,” “Kids” and “Time To Pretend.” With the massive success came equally amped-up pressure. “My first year out of school, I was getting hit with debilitating anxiety and panic attacks, and I just didn’t feel healthy. I could feel it in my body…it just didn’t feel right,” he recalls. “And I knew that it wasn’t sustainable.”

Israel’s father introduced him to the writings of Buddhist nun Pema Chödrön, and an intro course at Shambhala Meditation Center in Manhattan really struck a chord with the music man, setting him on a path of exploration that led him to Vedic meditation, “which lined up more with my modern lifestyle.” In this tradition, which descends from the same lineage as Transcendental Meditation, practitioners sit upright with back support and silently repeat a Sanskrit mantra, “allowing the body and mind to settle and deepen into quiet and more restful states,” says Israel. “Once I learned, I was all in.”

Soon enough, backstage at festivals like Lollapalooza, Israel would be leading his own meditations for bands, managers and anyone who needed it during the grind of touring. “I loved this contrast of doing something ancient and spiritual in the context of our busy modern lives, often while rap music was playing on the stage outside.”

Eventually, the label owner realized this was his true calling, and a second act was born. What started as small-scale group “Medi Club” meditations with friends in a downtown Manhattan loft quickly mushroomed into mass gatherings and a formalized company, The Big Quiet. The first activation: 1,500 people gathered at Central Park SummerStage for a large-scale meditation with live music.

Today, five years later, he leads arena-size meditations for Fortune 500 companies like Google and Adidas, and The Big Quiet’s own events at locations like the South by Southwest festival (where R&B/soul hit-maker Miguel, a devoted meditator himself, performed a song as the afternoon’s guest musician).

Earlier this year, Israel landed a dream gig when Oprah Winfrey booked him and The Big Quiet for her sold-out 2020 Vision Tour. Onstage with a DJ and sound bowl player, Israel served as the opening act for the Queen of All Media, guiding upwards of 15,000 to 17,000 participants in quieting their minds. “It was incredible to have these moments when we’re in sold-out arenas and just totally still and totally quiet for 10 to 25 minutes,” he recalls. “Oprah came up on stage after I led the meditations, and we talked about the importance of rest and slowing down, and what meditation does to the nervous system. At the last Big Quiet, Oprah mentioned how she noticed lots of people had been crying during the meditations. She asked me why that is, and we were talking about the importance of allowing ourselves to feel our emotions: We’re given permission to pause the distractions that often block us from our feelings—and in a large group, how emotional and powerful that can be.”

As the novel coronavirus began to spread, that national tour ended. But the need to further help people isolated at home only grew. Israel, on his own and with The Big Quiet, leaned into digital offerings, participating in mass meditations over Zoom with Winfrey, offering weekly Instagram Live sessions and upcoming online courses throughout the summer. He says, “We’ve been looking at ways we can continue to gather people meaningfully and share the practice and tools of meditation,” particularly in an era with so much unrest in the world. “What’s so beautiful about having a meditation practice is that instead of reacting to what’s around us, we can thoughtfully be proactive with regard to what’s happening—and respond with the clearest sense of purpose.” thebigquiet.com, jesseisrael.com