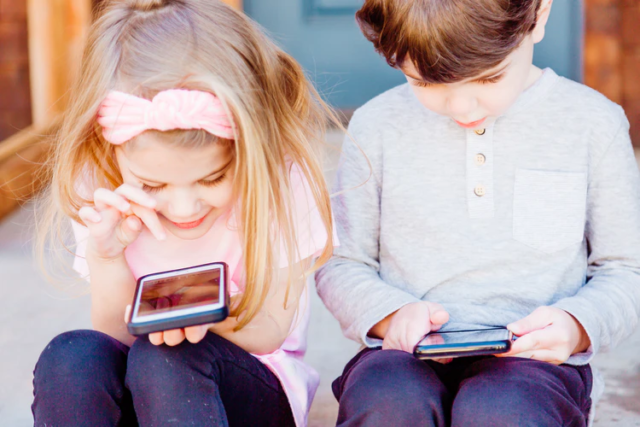 The 24-hour news cycle has us addicted to refreshing our screens and grabbing our phones. I learned this at my daughter’s birthday dinner during the election week when everyone was reporting the news, rather than celebrating her special day. The short-term dopamine-driven feedback loops we are getting through our newscycle have gotten us addicted. Intense highs and lows have made people obsessive.

Why is this? A theory about how we create repetitive behavior called reward prediction error may apply. This is the difference between the reward we predict and the reward we get. So if you get more reward than you predict (a jackpot in slots, or someone likes your social media photo) you feel a sense of euphoria, and the opposite when it doesn’t happen. This whole election cycle has us neurochemically swinging from up to down.

When new ballots are counted or states are called, and it goes in favor of what you want, you go up. When it does not, you sink down into a depression. The news cycle is a lot like gambling. It is a constantly varying schedule—you never know when the new burst of information will come in. So, like B.F. Skinner predicted, it creates the most intense change in our behavior and makes checking our phones habitual. This is not so different from what social media companies use to change our behavior to constantly use our social media, as seen in the film The Social Dilemma.

How do we mitigate the influences this may have on children? Well, it’s not just about speaking to children. It is so much more than that! The real question is: How do we create politically conscious and kind citizens who are not addicted to the news?

The answer to this question requires a bit more analysis, and varies depending on the age and comprehension of the child. It is important to meet the child at their level of understanding, address this topic in a calm manner, and explain there are usually two opposing sides, and that each has its own opinions.

Starting with the younger age group, talk about “good and bad ideas” instead of “good and bad people,” and that belonging/subscribing/agreeing to different viewpoints does not make you enemies. Use positive role models, such as how Justice Ruth Bader Ginsberg did not agree with Justice Antonin Scalia, but they were still great friends. This puts it in terms that the child can understand, and gives a basis for how there can be differing opinions without hatred.

Talking with older children or teenagers who can understand the basics of politics will require more information. Parents will be able to explain democracy and how there are generally two main political parties in the United States: Republicans and Democrats. Talk about how that can be a good thing because it creates different ideas and allows Americans to vote for different candidates.

Explain that we elect our officials, and whoever receives the most votes in a state wins the state, and whoever wins over the most states will win the election (via the Electoral College). It is important to be explicit and explain that even if we do not like a specific elected official, we can still value the government. Educate the child that just because we see politicians getting nasty with each other on TV and social media, that does not define who we are as a country or how we are as a family. Explain that politicians may disagree, but they should never insult one another. Give them an example from their own life so they can relate. “Just like you may disagree with another kid at school, that does not mean that you should insult them. Instead, talk to them and figure out where they are coming from and why they might feel the way they do.” This is an opportunity to teach that when you are debating your perspective, you should try to listen and be respectful of the other person.

Teach your children in a calm and positive state, and explain that our democracy is strong. It is set up where many people are involved in the decision-making. Avoid making comments to your partner in front of your kids like, “If this person wins, we’re moving to Canada.” Kids can take this literally, and you do not want them to witness your political anxiety, anger or obsession. Modeling positive behavior is important when raising children.

Here are some effective ways parents can approach the discussion of politics with children:

How can parents teach their kids to think critically when they feel passionately?

Communication skills are key. Stick to “I think” and “I feel” statements to avoid the use of “you.” Take a break from the conversation if you feel your body temperature rising and take a deep breath. I like using square breathing even when things get heated at the dinner table: Five seconds in, hold for five seconds, five seconds out, hold for five seconds. Any discussion can go negative if you are in an emotional state.

What are some ways to teach kids how to distinguish between a constructive and an ugly/disrespectful debate?

You know the debate is getting ugly/disrespectful when someone starts insulting the other person’s character and family. Explain to them that different people can have different points of view, and there can be more than one point of view that is valuable. Teach them that no matter what the other person’s point of view may be, you should not take it personally, even if they insult you. Sometimes emotions get in the way of clear thinking, and make people say things they do not really mean. Usually they will come back to it later and apologize. The more upset you get, the more it will escalate the discussion and drive you further away from a mutual understanding.

How can parents model open understanding and compassion in the context of a political debate?

Parents should debate political things to some degree, but remember to keep their voices down, listen to each other’s perspectives, and always look for the nugget you agree with and compliment it. Then you can address the nugget you do not agree with, because “a spoonful of sugar helps the medicine go down.” In other words: Share the good and the bad. This will model great communication skills, and show that complicated discussions can go well and do not have to resort to negativity and personal insults.

What should parents be teaching their kids about how to manage political talk/fights/criticism on social media?

One way is to not do it because political debates on social media can get ugly. If you feel like you want to allow it as a parent, you have to monitor it and make sure it’s not getting personal or ugly. Social media should be about sharing photos from your prom, not political debates. Surrounding yourself with negativity will breed anxiety and depression in you and your children. Make a choice about how much time you want to spend in this negative headspace.

How should parents share their opinions while also teaching kids to think for themselves?

You can say, “this is my opinion,” and also share the other side of the debate and explain why you do not agree with it. Tell them that one day, they will be able to decide for themselves. For example, when explaining the abortion issue you can explain that there are some people that feel a baby is a baby at conception, and therefore are against abortion. There are others who believe that women should be free to make their own decisions pertaining to their bodies, and choose if they want to have the baby. Both sides have valid points, and you can decide for yourself some day.

How can parents teach kids to focus on productive action rather than negative spiraling/extreme responses (e.g. “Let’s just move to Canada”)?

Work on how parents communicate, finding the pearl in every statement. Try reflective listening, which means reflecting on what the other person said, as this shows that you are taking the other person seriously. For example, a person may say, “I think Biden may be too old to be president.” If you disagree, you can say, “I understand that Biden might be old, but I think he is still very mentally agile.” This reflects back the original statement. Again, stick to “I think” and “I feel” statements to avoid the use of “you.” When you feel heated, remember to take a break and let your body temperature go down before you come back to the discussion. If it is getting ugly, and people are talking over each other, then you can play the “pass the ball” game. This is where only the person with the ball can speak, so other people are not interrupting. This is great for that Thanksgiving dinner with extended families.

As parents, let’s model good behavior and raise politically conscious citizens, and learn to put down our phones and shut off the TV as our kids are watching.

Dr. Lea Lis Is the “Shameless Psychiatrist.” For more information about her and her new book No Shame, check out her website, www.shamelesspsychiatrist.com