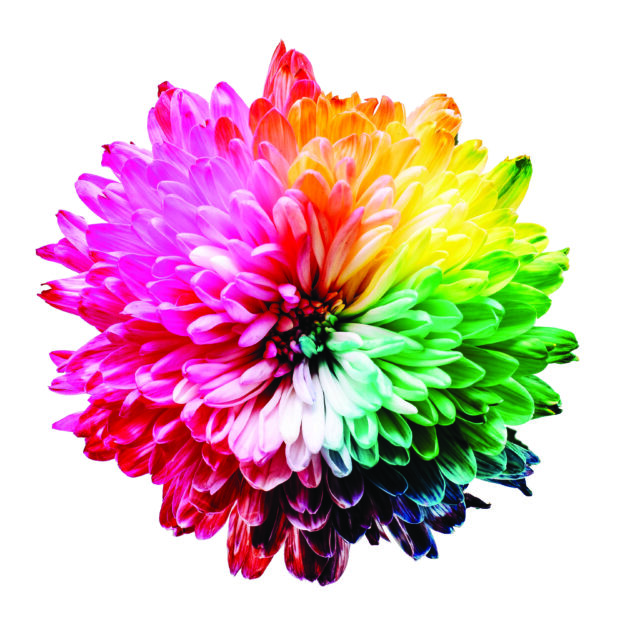 When patients enter the new Edie Windsor Healthcare Center in Hampton Bays, the first thing they’ll see is a mural by a local lesbian artist, Rachel Wilkins, titled “Shoulders of Giants,” depicting historic figures in the fight for equal rights for the LGBTQ+ community. Among the gay icons proudly portrayed (including Stonewall activist Marsha P. Johnson and gay rights pioneer Barbara Gittings) is the center’s namesake, Edith “Edie” Windsor, who took the battle for marriage equality all the way to the Supreme Court, winning the landmark case. Rechristening the health care center (formerly the David E. Rogers, M.D. Center) after the now- deceased Windsor, who had a home in Southampton and was a big presence there, marks a shift from HIV-focused health services toward an expanded range of services for the community, including general medicine and mental health services in addition to its existing HIV care.

“I’m a gay man myself, and I feel very strongly about making sure the LGBTQ+ community has good healthcare—and that everybody feels they can be cared for and treated with the utmost respect and sensitivity,” says Robert Chaloner, chief administrative officer for Stony Brook Southampton Hospital. “We’re thrilled that we’re able to create this environment that identifies as specifically serving the LGBTQ+ community, where people can walk in and not worry about what they might encounter.”

The center also has a new location, moving from Southampton to Hampton Bays, making it convenient for people traveling from up Island or the North Fork to get to, but still offering easy access to Hamptons residents.

The biggest change is the introduction of primary care. New services will also include more specialized medicine for the transgender community, whether it be hormonal therapy or counseling services. “We hope it will evolve into one-stop shopping for the whole community,” says Chaloner.

To understand the needs of the community more fully, Stony Brook Medicine has put forth a historic LGBTQ+ survey, the first of its kind on Long Island, which will further help shape the health offerings at the center. While they’ve already hit their target goal of 900 respondents, the survey is open through the month of September, with the hopes of getting even more participants, including returning students. (It can be accessed here) “There was no good data about the needs of the LGBTQ Long Island community,” notes Chaloner. “I believe that good health care begins with good information.”