I rolled over to check the time on my phone: 2:54AM. I was wide awake, rattled and panicked for the third time since I’d downed a generous dose of sleeping aids a few hours earlier. It was a chilly January morning, yet my pillow and T-shirt were completely drenched in sweat. It had been nearly two months since a deeply painful event and cruel set of circumstances sent me into an emotional tailspin.

The adage “time heals everything” failed to ring true in my situation, which grew darker by the day. Graphic nightmares made sleep more excruciating than being awake with my thoughts—a vicious loop that played like a broken record in my head. My fixation on the event and seemingly endless need to analyze it had exhausted my support system, and twice-weekly talk therapy sessions felt like treading water in a stormy sea.

It was an absolutely isolating experience. As a young, upwardly mobile media executive, I’d established an impressive life and a large group of friends. I had a reputation for being a confident, competent and tough-as-nails protector and defender of my company, colleagues and loved ones. And yet there I was, a guy known for thriving in the face of crisis and conflict, weak and helpless. A dam of unprocessed trauma had broken and I was drowning.

Desperate for a solution, I’d added to my arsenal a psychiatrist who prescribed an antidepressant to help. Unfortunately, that only made matters worse. As it turns out, I’m one of the unlucky few who experience the opposite effect from selective serotonin reuptake inhibitors (SSRI), which include popular drugs such as Zoloft, Lexapro and Prozac.

Before things went irreversibly off the rails, a friend proposed a solution that permanently changed my approach to mental wellness: EMDR (eye movement desensitization and reprocessing). After sharing his own experience, he connected me with Deany Laliotis, master trainer and founder of The Center for Excellence in EMDR Therapy. Our first session provided immediate relief.

While my previous adventures in therapy focused on ways to replace negative thoughts and emotions with healthy habits and distractions, EMDR directly targets memory—the root cause of my distress. Think of it like this: As human beings, we are essentially the sum total of our experiences. Once past, an experience is a memory. And our brains, like deep filing cabinets for memories, serve as robust reference guides that direct our decisions and the way we respond to new experiences—for better or worse.

An unprocessed trauma, on the other hand, can be impossible to file away because of its intense emotional charge. Or if it does get put away, it’s filed along other unprocessed experiences that are similar. If there are too many of them, the result is a debilitating traffic jam in your brain, causing a person to experience the trauma over and over.

In order to deactivate the triggers disrupting my life, we had to bring them up in session with a focus on the present, not on how it felt in that past. I was asked to describe what I saw in my mind’s eye, my body’s physical sensations, a negative belief about myself, and to rate the severity of distress from zero to 10. While my eyes followed her fingers or an LED light bar moving side to side, Deany guided me through the experience, keeping one foot in the present and the other in the past.

I later learned that it is the dual attention to past and present at the same time that made it possible for my system to process the traumatic event. I could see the scene clearly and ultimately file it neatly away in my brain. As we continued the work, a sort of memory map unfolded. Experiences I hadn’t considered or even remembered from adolescence (and earlier) began surfacing during sessions. Events that out of context might seem completely inconsequential had actually set the foundation for the flawed belief system plaguing my life. One by one we reprocessed each memory.

The evening after my first session I went to bed early and slept 10 full hours without so much as melatonin. I experienced vivid dreams but no nightmares and I woke feeling connected and present. After a month of sessions with Deany, my mental health had been fully restored.

Because of my profoundly positive results, I still work with my EMDR therapist on occasion to tackle present-day triggers that I know are connected to old stuff. In addition to treating trauma effectively, others have found it useful for depression, anxiety, loneliness, relationship troubles, eating disorders and low self-esteem. Through EMDR I’ve gained an enlightened sense of others and myself and I no longer react with those negative feelings based on my past experiences.

While every person’s mental health journey is unique, the very act of writing this piece is a testament to the degree in which EMDR improved my life, and a reflection of my hope that it may help others, too. 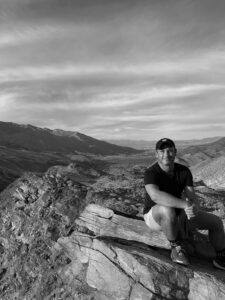 Matt Dornic is the head of strategic communications for CNN Worldwide. A former broadcaster, blogger and columnist, Matt has worked in media for nearly two decades. He’s passionate about fitness, mental wellness and his three dogs.