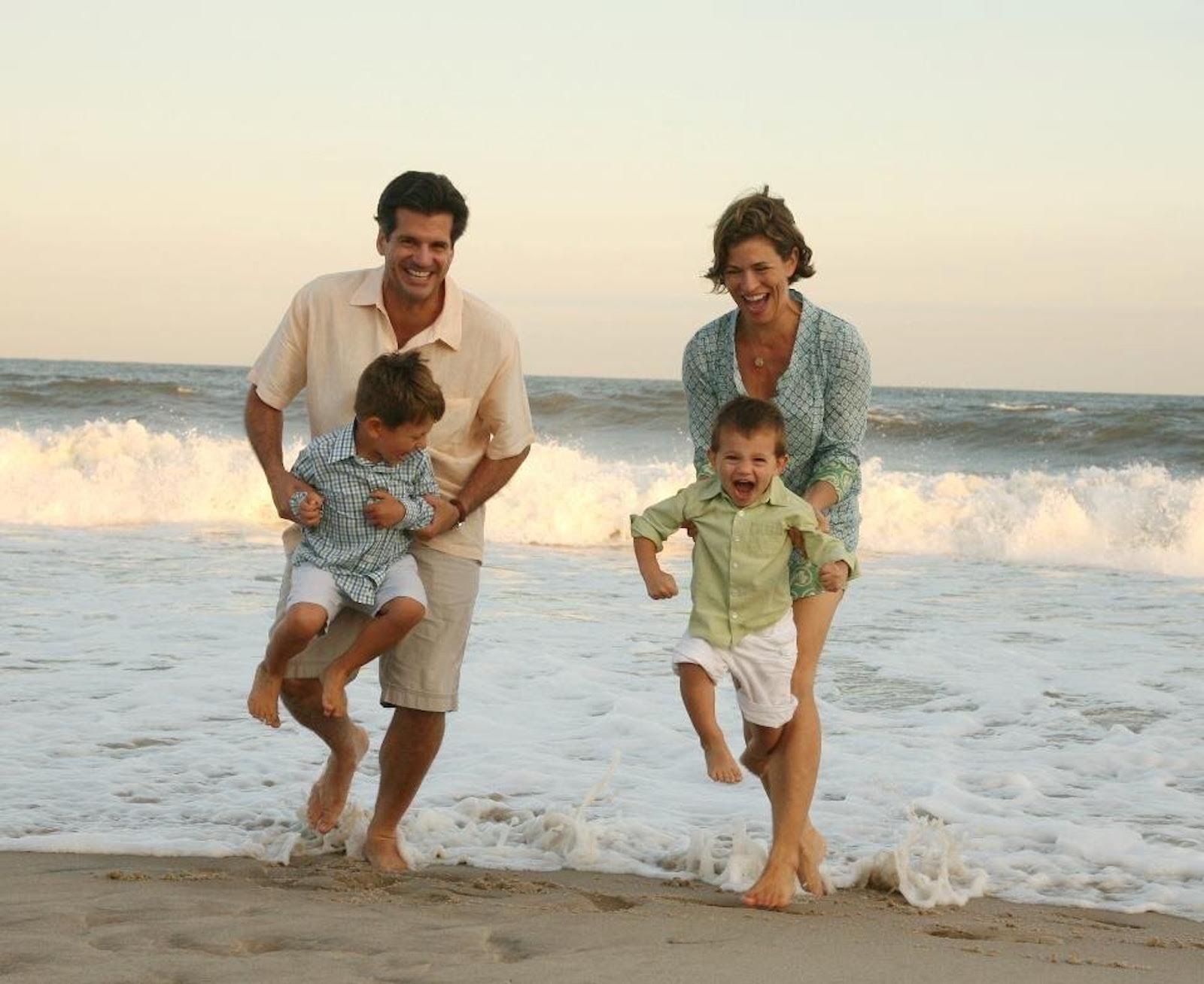 A few years ago, I told my husband that I wanted to take our kids off of dairy. “But what about eggs?” he asked. “They love eggs.” To which I made some snarky comment like, “Have you ever seen a cow lay an egg?” It was then that I realized then that we, as a family, needed to get more in touch with the source of our food. My husband’s comment is what I call a “grocery store” truth. Because the milk and the eggs both live in the “dairy” section, he classified them the same way. He isn’t alone. A lot of people do. But it’s just not true.

I didn’t want my children to grow up with that same “grocery store” mindset, thinking that all broccoli comes in tidy little bunches held together by a rubber band and all berries come in plastic containers. I realized that I needed to “un-can” and “de-bag” our produce. I needed to plant a garden.

This was a taller order than you may think. I have always had a love for food and nutrition (so much so that I made it my profession), but I have never had a love for gardening. Growing up, my best friend’s family owned and ran the biggest farm in our little town. I loved being at the farm, but when it came to move the irrigation or harvest the cauliflower, jobs the whole family participated in, I always found I had something else to do.

My mother is a great cultivator of flowers. She can transform a twig into a perennially flowering plant. I know it sounds crazy, but I have seen it with my own eyes. She has a house filled with them. Me? I have a thumb that is closer to black than to green. I have killed un-killable houseplants.

As you can imagine, I didn’t have a clue how to do it. I went to see my childhood best friend, who is now running an organic farm of her own, to get some advice. “Gardening is a love affair,” she told me. “You will fall in love, but it will break your heart.” And it did. The first year the butternut squash died on the vine of some fungus. We all shed a tear for the little baby squash that never got a chance to flourish. Our sugar snap peas had a triumphant start and then fizzled out. But the kale, oh the kale was majestic. My heart sang when the watermelons were so plentiful that they seemed like they would never stop, and the tomato plants grew so large that they pulled their metal stakes right out of the ground. And then there were the mammoth sunflowers that grew so high that they were taller than the arborvitae. It’s true. For better or for worse, we had all fallen in love. 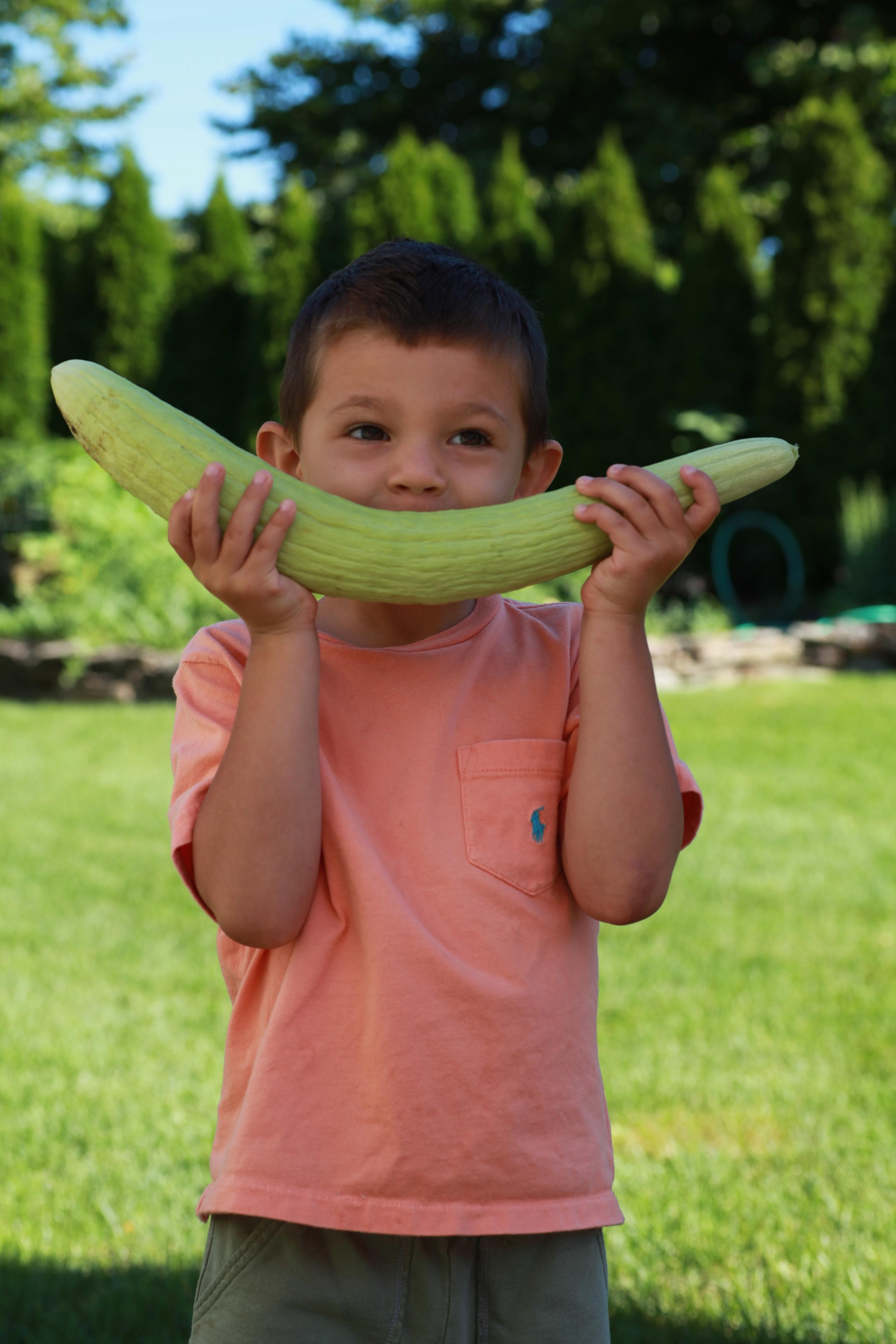 My children’s reaction was astonishing. Though they were only three and five when we started, the wonder and the joy that they got from watching the seedlings come up out of the ground was intense. They ran out to garden first thing in the morning to see if anything had changed. They sat with me every evening, helping to weed and to pick the bugs off after the rain. They tended each plant and cared for it far better than they did their toys. Of course gardening appealed to their natural desire to get dirty—really dirty. (Then there were the worms that became their “pets,” but that is another story.)

The food they collected for dinner looked glorious, tasted better and was a great source of pride for them. They would look at me with excitement on their faces when they asked what I wanted them to pick for dinner. That never got old.

So this year, we’re going bigger. We’ve added four blueberry bushes, and expanded the greens garden to include broccoli, Swiss chard (the red version had florescent roots that blew my older son away. He had me take a photo of him holding the plant with the roots exposed so he could bring it in for show and tell) and sorrel, which he is now declaring is his favorite green ever. We’ve also planted a small herb garden. I say “planted” because this year I decided to buy some greens pre-sprouted to increase the chances of success, as we have nowhere to protect tiny seedlings during the sometimes harsh cold of early spring.

When it came time to plant, the boys got out their rubber boots, their mini-gardening gloves, child-sized tools and wheelbarrow and waited like horses in the starting gate for me to give them the go-ahead. And then off they ran, with pure delight, to plant this year’s crop. With all of its hope, triumph and heartbreak, they were ready for it.