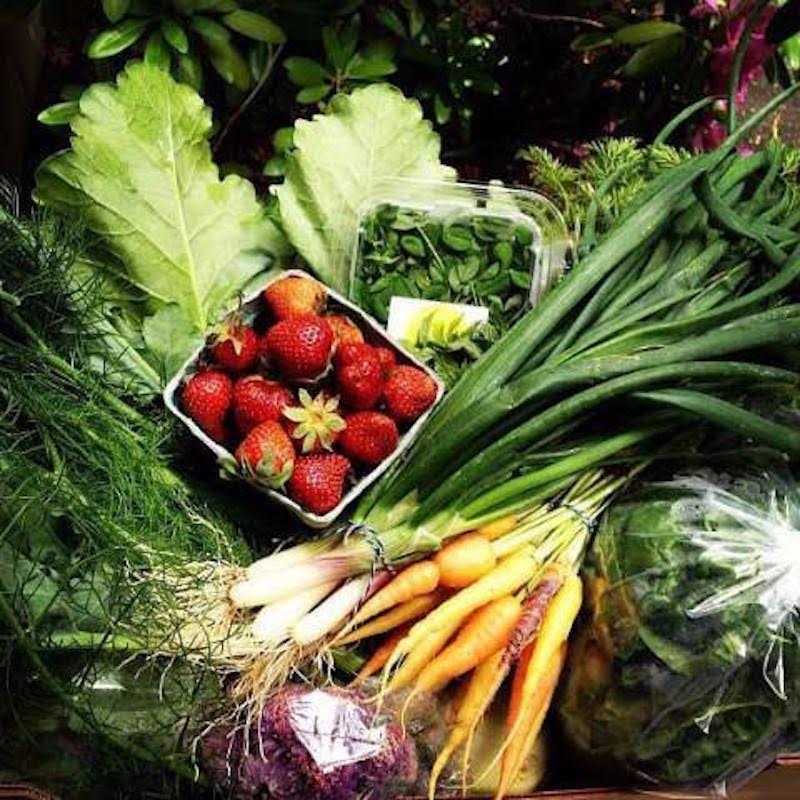 She was born and raised in New York City, but “being on a farm is my happy place,” says Megan Schmidt, founder of The Good Farm Delivery, the online market that allows East End foodies to have the freshest fare from local growers (like Amagansett’s Balsam and Quail Hill farms) and food artisans (from Southampton’s East End Apiaries to Sag Harbor’s Joe & Liza’s Ice Cream) delivered to their homes.

“After my husband and I were married in 2000, we moved to Hawaii and lived next to a Maui onion farm,” says Schmidt. Migrating from the great metropolis to the pastoral slopes of a dormant volcano had its culture shock moments—“taking a city girl out of New York and getting her to shave her legs in a bucket is a real change,” she says—but the transplant also yielded rich benefits: “It really opened my eyes to sustainable, organic farming—we really got into the lifestyle of it.”

Looking to move back to the East Coast, the couple relocated to the East End, where Schmidt, 44, was determined to foster the same kind of community support for local farmers that she’d seen flourish in Maui. “I invited some farmers over for dinner and proposed my concept for connecting them to customers in an easy way,” she recalls. They instantly got on board. Now entering its fifth season, The Good Farm Delivery, based in Sag Harbor, has proved to be a win-win operation for both area farmers and discerning locals who never realized just how much great food (everything from beets and cheeses to edible flowers) is being grown right in their midst. “The most fun thing for me,’ says Schmidt, “is when I have a sophisticated client and they’ll try kohlrabi or something like that for the first time, and get really excited about it.”

In addition to establishing herself within the culinary world of adults, Schmidt, the mother of a 9-year-old daughter, Ella, has also been focusing on the next generation of East End foodies. “At a young age, I made sure my daughter got her hands in the dirt, to really feel the magic of pulling a carrot out of the ground. Or ta-da! it’s purple or ta-da! this one has two heads.”

When Ella was in preschool, Schmidt teamed up with a group of like-minded school garden leaders who had formed Edible School Gardens. Advising her along the way was Slow Food East End, the local chapter of Slow Food USA that advocates for eating and shopping locally, in season and sustainably. Schmidt was asked to join the Slow Food East End board, and has continued to develop the school garden network, which now includes more than 25 East End school gardens, making it one of the top school garden programs in the country. “It’s an outdoor classroom for learning all sorts of things, including how to understand and be respectful about what you’re eating, who’s providing the food and how it’s grown,” explains Schmidt. “All kids can benefit from that.” The Good Farm Delivery operates from early June until Columbus Day weekend. TheGoodFarmDelivery.com