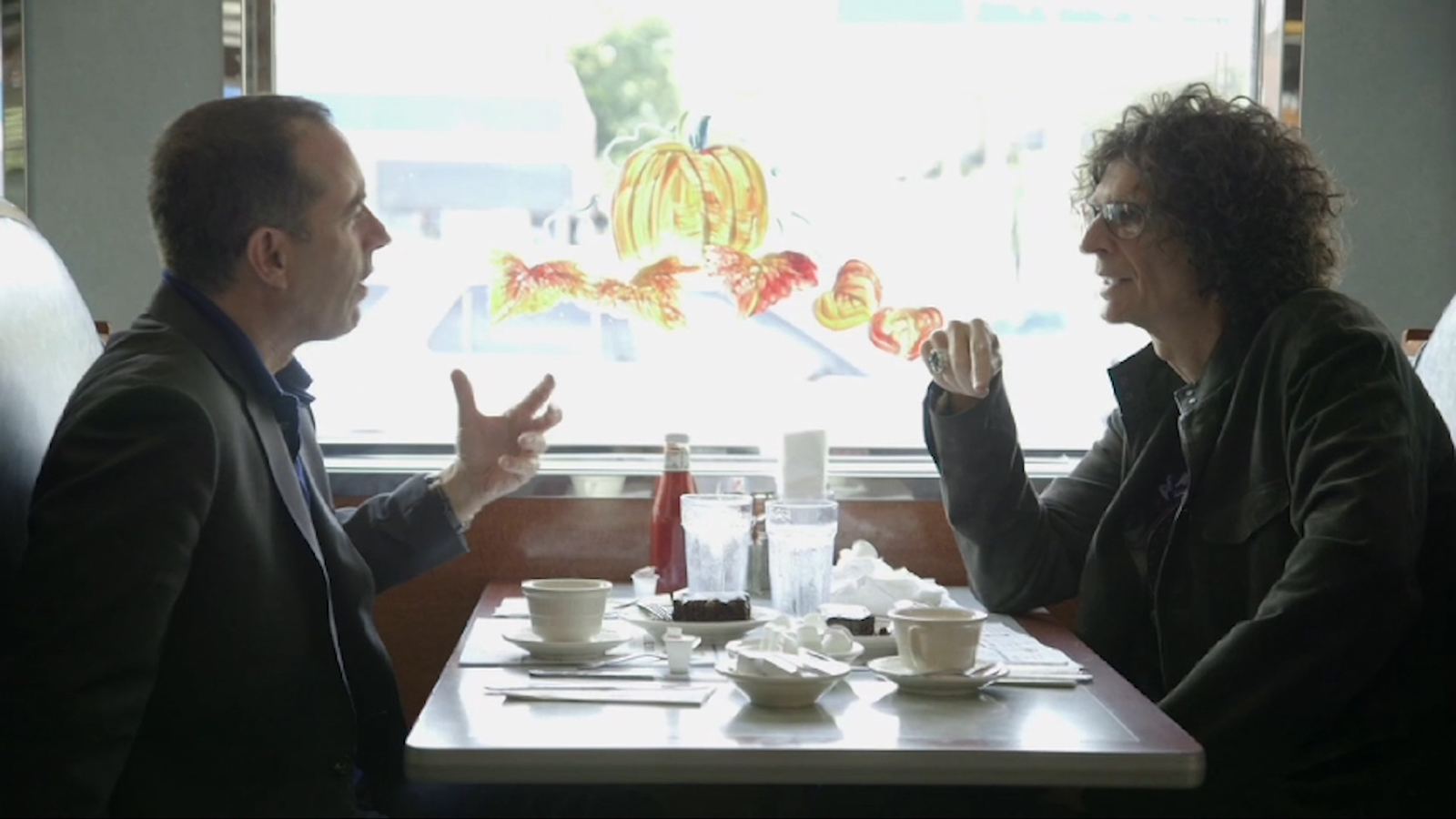 Both Jerry Seinfeld and Howard Stern credit their Transcendental Meditation practice with not only helping them get to the top but also giving them the energy, creativity, resilience and focus to stay at the top—for decades. Jerry started TM in 1972 as a teenager and right from the start, he loved the practice, and meditated every day including through the production of Seinfeld. Along the way, he became a big supporter of the work of the David Lynch Foundation to bring TM to young people and veterans.

A few years ago, he asked me to teach his wife and kids to meditate. After one of the classes, the whole family was standing around in the kitchen and he heard me talk about the value of meditating twice a day rather than just once a day. He said he had forgotten that instruction from 1972! He decided to add a second meditation into his day and says it has been a complete game-changer. He sleeps better at night, requires less sleep, wakes up fresher, and is more creative and productive with more sustained energy throughout the day than when he was a much younger man.

I met Howard for the first time backstage at Radio City Music Hall on April 4, 2009, where he was joining Jerry, Paul McCartney, Ringo Starr, Donovan, Sheryl Crow and others for a David Lynch Foundation benefit concert to raise funds to teach one million at-risk youth to meditate. Howard had also started TM in his late teens and had been meditating twice a day ever since. After the benefit, he got inspired to bring TM to the on-air and behind-the-scenes staff at his show. Here, the two comedy giants discuss the transcendental power of TM. –Bob Roth

JERRY SEINFELD: I’ll tell you my biggest regret, I didn’t know the importance of morning TM [during the Seinfeld] days. If I had two TMs [per day] I would still be doing the show now. I did not have the energy; I was exhausted, painfully exhausted all the time. Remember, I would rehearse all day with the actors and then sit down with [Seinfeld co-creator] Larry David and start writing the script.

HOWARD STERN: Could you even imagine doing that now?

JS: I can imagine doing that. I’m an animal.

HS: I started doing Transcendental Meditation when I was 18 years old and my mother brought me to a TM center. My mother was very depressed after her sister died very young—her sister was like her mother, they were born on the same day a year apart—and when my aunt died my mom got really bad. I didn’t know if she was going to go upstairs and kill herself or what she was going to do, so I would just sit there with her. And my father would come home and say, “Let’s become alcoholics, if that will help you I will start drinking heavily with you.”

HS: It really is. He’s a good man. I tell you this because that’s how profoundly depressed she was—it was that bad. She tried psychiatry, but she didn’t like that idea; she was very closed off to it, nothing worked. So I go off to college, and I get a call my freshman year from a woman who sounded completely different. “I can’t tell you what’s happened in my life—I feel unbelievable!” She was profoundly different—organically happy, not a contrived happiness. So I started meditating and I was taking philosophy in college and I thought, Oh I know about that, mantras, I know all about that. And she said, “No, you don’t know.” She was watching the Maharishi [the guru who developed the TM technique] being interviewed by Johnny Carson late at night—so she thought she would go to a TM center and meet the Maharishi and he would teach her. And she goes and there’s Bob from Long Island who teaches her. My father says, “I’m not doing that.” This is his MO, but he always went with her and he started meditating. And when I saw the change in them, my mother said, “That’s it, you’re coming home from school and I’m taking you to TM.” My mother wanted me to be a TM teacher in the worst way.

HS: Didn’t you learn TM a long time ago? Or you just didn’t keep up with it? JS: I learned the same time you did. I did the morning one for a while and I thought, “I don’t get this, I just got up, what am I doing?” All those years doing the show would have been a different experience. HS: For me, getting up at 4 a.m. and making time to meditate is a pain in the ass—but I do it. And there are times when you’re there and you’ll think I just don’t want to be doing this. But people shouldn’t think it’s a religion or anything like that; it’s like brushing your teeth, it’s a technique. And yet this technique changed my mother from the inside out: She is a completely different human being, like reincarnated. It was so profound with her. When someone starts when they’re 18, it’s less profound because you don’t have the amount of stress she had and it was such a difference [for her]. I’ve always proselytized on the air—I don’t push, but I talk about it whenever I can.
JS: Me too. I’ve become a bore about it with everyone.

HS: Yes, because you care enough about people that you want them to have that same happiness. Everyone in my life meditates and I am a big proponent of meditating. With the radio, I feel like it had a tremendous [impact on my] creativity, having the morning and afternoon [TM sessions]. I tell you, to this day, after doing the radio show, my head is pounding so bad from the headphones and the loud noise and five hours of headphones and talking. It’s exhausting. I go in and I meditate and I walk out and have the rest of my day. I’m a new person. I don’t think I could really live without it.

JS: A lot of people can’t install it into their lives and realize this is valuable—I’m going to make the time.

HS: I have a theory about that. I think a lot of people start to do it and feel really good from it and think, “I feel good, I don’t need to do it.” They don’t realize it was because of the meditation and then they kind of just drop it. The Maharishi used to say, “If you’re too busy to meditate for 20 minutes twice a day, then you’re just too busy. You’ve got to examine your life.” He was a brilliant guy, just incredible.

JS: I can’t believe you got to interview him.
HS: I got to interview the Maharishi twice in my life, and I brought my mother with me and she was in tears because she owes her life to him. My mother became very big with the TMers and I was on the radio at NBC radio. During the first year I worked for the radio, I made $96 a week. I got to live in a monastery up in Westchester. It was called the Cenacle. When you came in you had to be silent, 10 p.m. the lights had to be out, you weren’t allowed any TV or radio. And so I got to know a lot of people in TM. And then there came a time when I was working for NBC. I didn’t want to be disrespectful to the Maharishi by having him on my radio show— it was wildly popular at that point, but it was a comedy show and I don’t put him in that category. When I was asked if I would put him on, I said I want to fly out and have an interview with him and have it aired as a public affairs show on the weekend and they were thrilled. So on two different occasions I sat with him and talked with him. To bring my mother to him and watch my mother in tears, there’s nothing better than that.

HS: It was incredible.