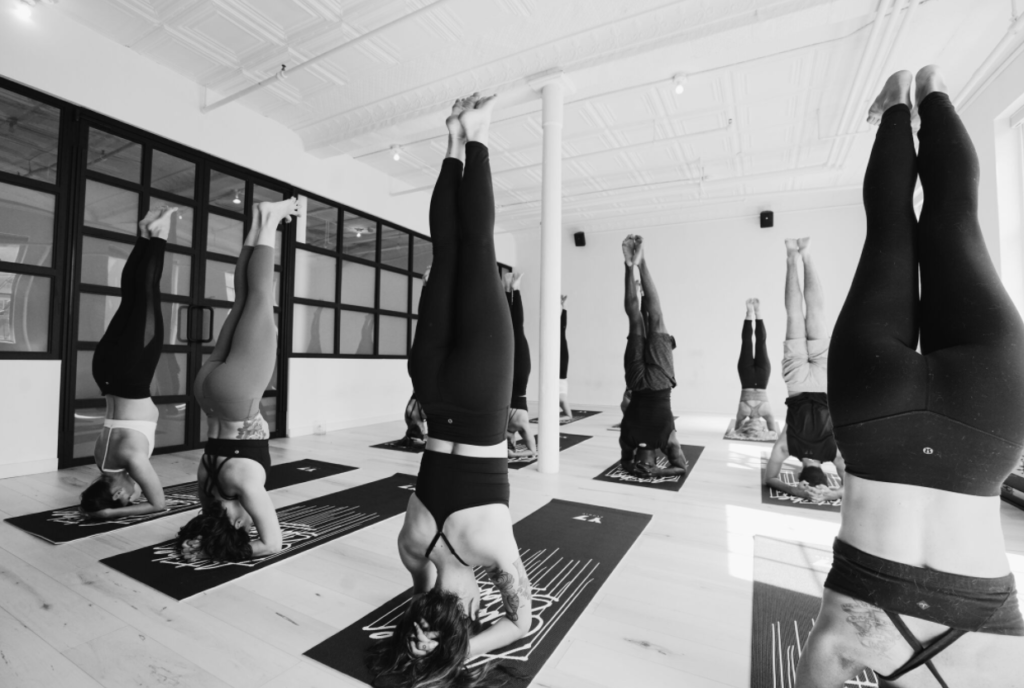 The ancient practice of yoga gets a 21st-century makeover.

When Sarah Levey and her husband, Mason, decided to open their first Y7 yoga studio in 2013, they had a specific vision for how to improve the modern experience of the millennia-old practice. “We worked really hard to create a nonjudgmental space that no matter where you are in your practice you have the freedom to work on you,” says Sarah. Instead of bright lights and mirrored walls, Y7 opts for a candlelit space that encourages inward-reflection rather than competitive eyeballing of the yogi across the room. Another Y7 trademark: hip-hop music—featuring artists from Beyoncé to Fetty Wap—to help you power through their “We Flow Hard” vinyasa and slow-burn workouts. When the flagship Y7 Studio in Brooklyn proved that the Leveys’ formula was popular, they added seven more locations in New York City and Los Angeles (an eighth studio in LA’s Silver Lake neighborhood opens January 1). “Self-care is becoming more and more important and people want variety,” says Sarah, reflecting on the reasons behind the success of her studios. “And ultimately yoga is about empowering yourself and opening yourself up to everything the practice has to offer.” y7-studio.com