When you first hear that Mary-Louise Parker is committed to meditation, you might be forgiven for assuming that it was something she mastered and practices quite easily. After all, she’s a lovely, talented actress, with a Tony, an Emmy and two Golden Globes to her name. She’s an accomplished writer, a philanthropist and the mother of a teenage boy and a pre-teen girl. But that would be, quite simply, wrong—she does need to work at meditation, she says, and, moreover, that’s not by any means a bad thing.

Most recently starring in the Adam Rapp play, The Sound Inside, at the Williamstown Theater Festival, Parker made a sensational Broadway debut in 1990 with Prelude to a Kiss. She has appeared in movies ranging from Longtime Companion and Grand Canyon to RED, and is well known to TV audiences for her Emmy-winning seven-year-long Showtime series Weeds, playing widow turned pot dealer Nancy Botwin. She took time out of a Sunday with friends and family at her country house to talk about the challenge of trying to make the best wellness choices every day.

NANCY BILYEAU: Tell us how you incorporate meditation into the different parts of your busy life.

MARY-LOUISE PARKER: It’s among the things that are most fortifying for me. Meditation is something I have to work at. I’m not the kind of person who wakes up in the morning and pops out of bed with a big smile on my face. I really admire people like that. I really, really do. I used to wish I was like that. I’m just not. 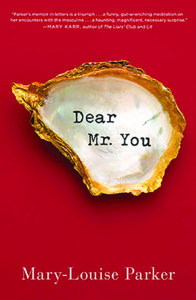 MLP: With all the people around you and the people that you love, you owe it to them to be as fastidious as you can about keeping yourself well. There are times when I fall out of doing everything. If you have children, you can’t afford to lie in bed and want the world to make you feel better. You have to kind of work at it.

NB: Did wellness in your life begin with yoga?

MLP: My sister introduced me to yoga when I was 16, and I’ve been doing it for over 30 years. I did teacher training and I did teach for a little while. It just went into my brain chip somehow, and it wasn’t a fashionable thing then either. There was one woman on PBS with the show Lilias, Yoga and You.

Over the years, I kept going back to it. I must have known there was something in slowing down. Then I went through a hard time in my 30s. I remember one day I thought, “I’m just going to do that today. I’m going to find a great place in New York and go and stay.” And I did. And I ended up practicing a couple hours a day and meditating more seriously, and reading certain books that were really helpful. I found TM when I needed a new prescription or something. I needed someone to give me an order. I studied with Bob [Roth] and found that to be a great way to meditate. He’s been incredibly helpful.

NB: Does it become more difficult for you when you’re in the middle of a movie, a TV show or a play and you have that stress?

MLP: I’m not sort of daunted by the pressure or a certain kind of stress that comes with work. Unlike my real life, my personal life, I feel much more confident when I’m working. I just try to meditate in any way that I can. You don’t have to sit down and have a mantra. Some people swim, some people knit, some people do all kinds of things they don’t realize are meditative.

NB: What is something that is not helpful? I understand you’re not on social media.

MLP: I don’t want to know what angry thoughts people have, or whatever is triggered by me or one of my friends, or what someone projects onto us. I don’t see one possible benefit. The numbers, the totals, the mass of it—if you’re going to fall into that world for support or for your ego, you can’t really do it without seeing all the negative. I don’t want to see the negative things people say about anyone. I ask people not to send me things. It’s not because I’m above it. If it’s right there in front of me, I’ll think, “I’ll scroll down a little.” I’m looking for something bad, a sort of masochistic urge we have or a fascination. It doesn’t help in any way. It’s never going to make me a ray of sunshine.

NB: How about social media and your children?

MLP: They don’t have it, they’re not allowed to have it. I think my son is one of three kids in his entire grade that don’t have social media. I started to worry and I asked him, “Do you think you’ve lost out on something?” and he said, “Definitely.” And I said, “Well, would you like to have it?” He said, “No, I think it’s ridiculous.”

My daughter did see something online that was untrue about me. I could see in her face that she was so confused. She also thought it was silly what this person was writing. I said, “Well it’s really confusing, right? But doesn’t it make you think about all of the things that you read, they could be untrue also about other people?” You have to take it with a grain of salt.

NB: How about the day-to-day of your life, then, without all of that?

MLP: I try every day to make the best choice in front of me. So maybe I’m up in the country and I cook a meal for everybody and be engaged in that. I do crafts. What’s hard for me, what’s challenging, is to learn to sit. I had some people at my house in the country this weekend and at some point all of them said, “I’m going to take a nap.” I said, “A nap? How do you do that?” Or they say, “I’m going to sit on the porch and read a book.” I need to cultivate that a little bit more.

NB: When you talk about the challenges, it’s actually really encouraging to hear.

MLP: People say, “I tried meditating, it didn’t work, it’s too hard.” I say, “Your expectations are too high. If you felt like no stress, suddenly, like magic, you didn’t need to meditate.” It takes a certain kind of commitment. And understand it’s not just for you, it’s for the people around you.