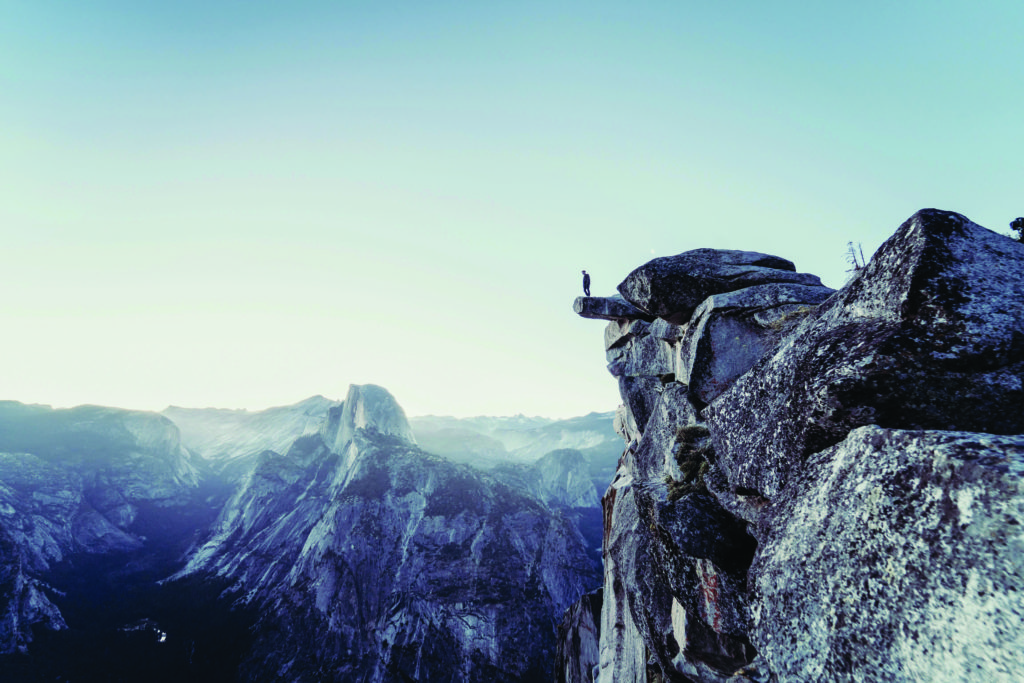 I was a college freshman when Herbert Benson, MD, published The Relaxation Response, a mass-market book that swept across the country, initiating millions to the basic principles of transcendental meditation. A lonely, stressed-out young man, 2,000 miles away from home, I took refuge in the space that Benson’s book opened up in me. I would go deep within for an hour every day, sometimes two, to escape from the challenges of a high-stakes, high-pressure academic life.

After college, I desperately wanted to complete my escape from reality and live in a newly established ashram in Pune, India, led by Bhagwan Shree Rajneesh (later Osho), whose spiritual teachings and open attitudes to human sexuality spoke to my heart. Bhagwan was all the rage in the ’70s, no doubt in part for his willingness to go toe-to-toe with religious and political authorities. He spoke to the rebellious young man in me. As it turned out later, his organization became a cult. I’m grateful that I dodged that bullet.

The desire to be on a path of purpose and meaning continued to burn deep inside me. As I continued my meditation practice, strange disassociations occurred. I heard voices, whispers of the universe. I watched the world from an elevated place. I flew in my dreams. I thought I was losing my mind.

I prayed for these experiences to stop, but they did not. Instead, they intensified. Finally, no longer able to function like a normal person in the real world, I asked for forgiveness for not being able to take the next step into whatever awakening was occurring.

I became an advertising exec in New York, then eventually a husband and father, and confined the deepening of my spiritual practice to the Episcopal traditions that I had known since childhood.

Thirty years later, because I would not go to India, India came to me in a series of bizarre events. First, I got my fat, toxic, road-warrior ass into yoga and other forms of exercise. Down 20, I got naked, resumed my meditation practice, and really opened up. It was then that the universe really got to work.

To help me on my journey, a series of spiritual advisers showed up, including a precognitive psychotherapist, who used to train TM trainers in Switzerland; a demanding, but loving, female guide (who is also a world-class triathlete);  a former Ogilvy exec, expert in the research on the mind-body-heart connection. An inter-spiritual mystic traveling the world, and close friend of Ram Dass, dropped into my life. A beloved Episcopal monk welcomed me into silence and solitude. WTF?

The pinnacle of the succession of these spiritual peaks occurred in the Carmel Highlands, California, where I found myself on retreat with an Indian mystic from Arunachala who had relocated to the U.S. and was convening a group of gurus and some laypeople. I felt like Forrest Gump in the presence of the 15 others. At his feet, the infinite, blank, flat screen of the eternal present opened up and forever changed my life, blowing apart my mind, body and soul. After the smoke cleared, it became apparent that a cycle of great duration had been completed.

Having wandered through a great many spiritual practices over the decades, here’s what I learned that might be useful.

There is a Great Awakening going on now in our country. People of all ages are throwing themselves into a smorgasbord of spiritual disciplines, creating an exotic, intoxicating fusion of practice in search of meaning. An inter-spiritual approach is fine, but it’s hard to execute, and in my opinion, it must be grounded in a single practice that requires a serious ongoing commitment, at least in the beginning, with an adviser or a community to help guide you.

Otherwise, I can tell you that you will wake up someday to discover that you have spent an enormous amount of time engaged in spiritual self-deception, blissing out. It feels good, but there is no real connection or union with the divine.

Second, I personally believe that the world needs us to engage with—not retreat from—it, and that’s what this great awakening is all about. While regular detachment from the world by going on retreat is essential in order to maintain a space where consciousness can unfold, the world needs us to remain present and engaged in it, using our hearts, minds and bodies to lift up others.

Third, the real challenge begins when you come back from a retreat. Opening a space for daily renewal and spiritual growth is a tall order in our busy, distracted, overcommitted lives. I believe that it is especially problematic for men. We are not hard-wired to remain open so that Spirit can descend and take root. We are much better at taking action, making shit happen. In addition, millennia of traditions regarding what it means to be a spiritual male are no longer serving us well. They need to be reimagined, incorporating the sacred feminine.

However, here’s the opportunity that is being offered to us as men. When we finally get naked, surrender, become vulnerable, opening up an interior space where the universe comes shining through, we come fully into our gifts. Our lives begin to have meaning.

We become brave, strong, bold and creative in ways that we would have never imagined. We finally reveal who we truly are, and engage with the world to the great benefit of others.

In short, we become everyday mystics, the embodiment of the sacred feminine and divine masculine, at one with the universe and those around us.