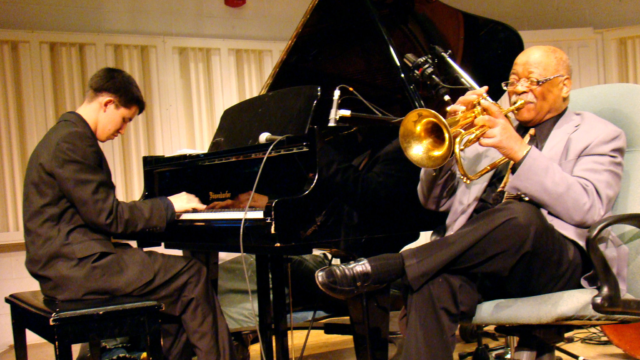 As we adjust to our new normal, Hamptons International Film Festival is keeping our community engaged through online programming, including their new Flashback Friday series. Each week, HIFF board member Alec Baldwin will record a video introduction and recommend a flick you can find on online streaming platforms, accompanied by a YouTube video of one of his conversations related to the film. Many of these selections will be from HIFF’s SummerDocs series, Fall Film Festival or Screenwriters Lab.

This week, HIFF’s Flashback Friday features Keep on Keepin’ On, the story of legendary jazz trumpeter Clark Terry and his unique bond with blind high school pianist Justin Kauflin. Terry, who won a Grammy Lifetime Achievement award and served as a mentor to Quincy Jones, showcases his wisdom as he supports Kauflin in his journey to an elite, international piano competition.

You can watch KEEP ON KEEPIN’ ON, which was shortlisted by the Oscars® in 2015, for free with ads on Vudu, and without ads as a rental on major platforms such as Amazon Prime Video and iTunes. Click here to view director Al Hicks in conversation with Alec Baldwin at HIFF’s 2014 Summerdocs series. hamptonsfilmfest.org