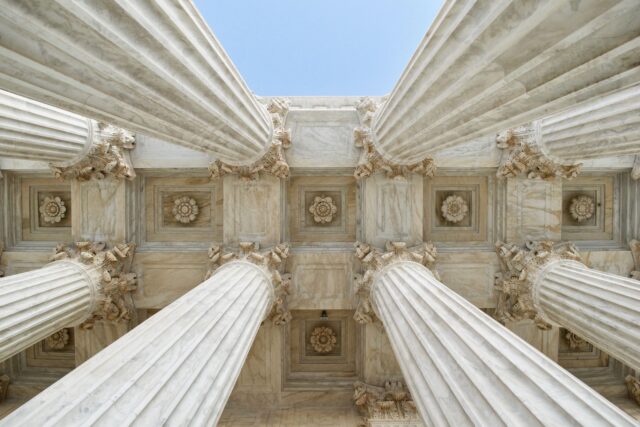 On June 15, 2020, we got some good news for a change: The Supreme Court of the United States finally declared that it was illegal to fire someone in this country simply for being LGBTQ. Many people did not know or understand—mostly because most people who are not members of the LGBTQ community didn’t have to be concerned about this—but prior to June 15, before roughly 9:50AM, it was legal to fire someone simply for being gay, lesbian or trans in 29 states. In the chaotic world that we are living in, this breakthrough felt like a tiny bit of relief to the never-ending downpour of awful news that seems to have been our reality for the past several years.

Due to the fact that the Supreme Court usually hands down its biggest decisions in June, the month of June is special to many, myself included. In my case though, it is because seven years ago, during the month of June, an important trial was being held in New Jersey on behalf of myself and five others. When I was 18 years old, I was sent to conversion therapy, a debunked and disproven practice that purports to “cure” gay people of their being gay. Having grown up in a very sheltered Hasidic community in Brooklyn, I did not know much about human sexuality. After being outed by a friend in the religious yeshiva right before I turned 18, I was the perfect candidate for this predatory practice. Everything I knew about being gay or LGBT was not “positive” or “acceptable,” the sentiments being peddled by conversion therapists: that LGBT people are in need of being cured of something.

After almost two years of trying, I finally found the strength to accept myself for who I was as a gay man. It was then that I started thinking about the memories of conversion therapy, and realizing that I had a responsibility to the world to talk about it. This was in 2010 and the words “conversion therapy,” as well as the idea of conversion therapy and the fact that organizations like the one I attended still existed, were not well-known. It was clear to me that part of the reason these groups were able to thrive in the way that they did was because of the secrecy that surrounded them, and their ability to ensure that no one in the outside world knew what exactly went on in these places. This secrecy allowed them to thrive for decades while hurting young men like myself, and profiting off our pain.

With the help of the Southern Poverty Law Center and the law firm Cleary Gottlieb Steen & Hamilton, a first-of-its-kind lawsuit was filed on behalf of myself, three fellow attendees of this organization, and two of our parents. We filed this historic lawsuit against the organization formally known as JONAH, which stood for Jews Offering New Alternatives for Healing. On June 1, 2015, jury selection was completed. We were given our chance to tell our stories and for the first time ever, put the practices of conversion therapists to a jury and let them decide if, as we contended, they committed fraud by attempting to sell us a cure for something that did not need to be cured, and that such a cure did not exist in the first place, making their “services” inherently fraudulent. After four weeks of testimony and at times shocking revelations during the trial, truth prevailed, the jury saw this sham for what it was and found that JONAH had committed consumer fraud and engaged in unconscionable business practices.

On a personal level, participating in this lawsuit required sharing a lot of very private and painful things that happened to me before and during conversion therapy. As I’ve gotten older and had time to reflect on all that happened during the first 26 years of my life, I think about how even though these experiences were so painful and felt unbearable at the time, I survived them and I am here to tell this story. There were many moments during this lawsuit and the events that preceded it in which I did not know if I would survive, but I am glad that I outlasted those moments, and I can say definitively now that it was (and continues to be) worth it.

I am surrounded by love, acceptance and kindness with a partner and his family who have embraced me as their own. Spending these past few months living with family here in the Hamptons, I’ve been able to take more time to focus on fitness and my own physical and emotional health. Everything I’ve been through has allowed me to reach this moment where things feel like they are just right in my own life, even though it’s hard to ignore the fact that the world around me right now is in a fragile state. I am working on accepting that the two circumstances can be true at the same time, and that even though things feel like they are so uncertain and even hopeless right now, we can still do our part in taking care of our own well-being, because we need it in order to survive, and even thrive, in this chaos.