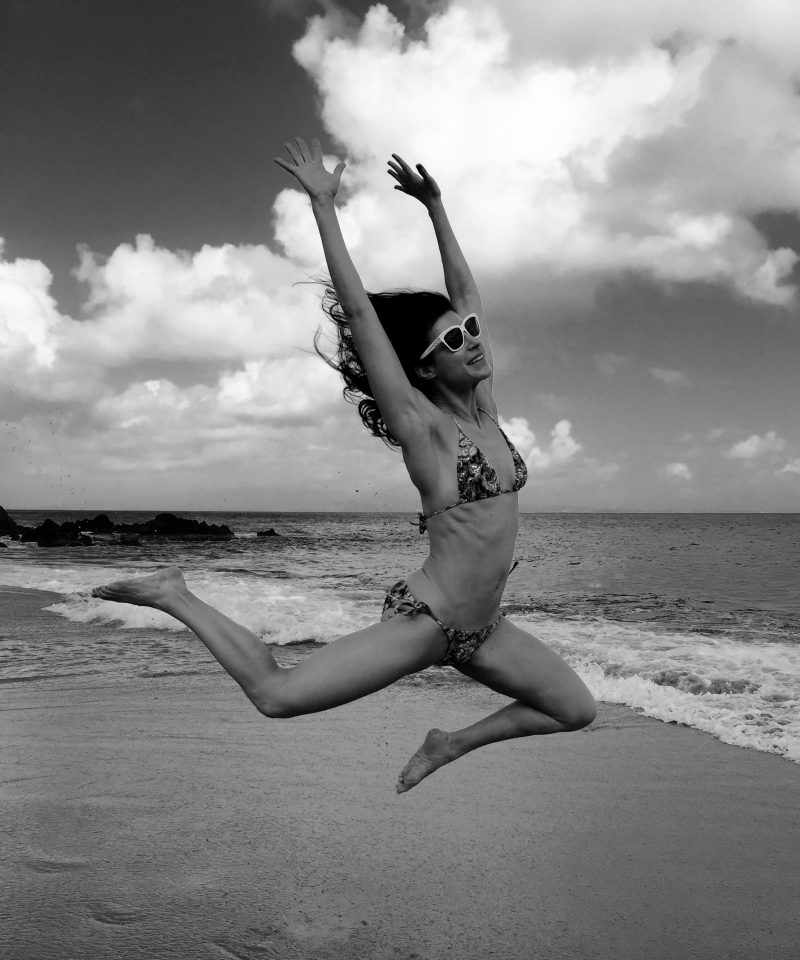 At 9AM on Sunday morning, are you more likely to be A) sleeping off a hangover or B) clicking in your shoes for a heart-pumping hour of spin? The answer, for more and more Hamptonites, is B, thanks to a new obsession with fitness and health—even on weekends. The result? An explosion in the number of top trainers and studios that have opened locations or are offering pop-up classes out east during the summer. This means the season’s hot spots get going at 8AM—not midnight—and aren’t cordoned off with velvet ropes and bodyguards. “It’s just as trendy to see and be seen with your trainer as it is to be at the hottest Hamptons nightlife events,” says Andrea Fornarola Hunsberger, the founder of Elements, a barre studio with a location in East Hampton. “My private clients come to life out east—it’s a place where they thrive rather than survive the hectic city schedule.” Pick your favorite way to get your sweat on:

Looking to see and be seen? No better place to do that than at a calorie-torching class at Barry’s Bootcamp, which counts Naomi Watts and Juliette Lewis as fans. The company’s third East End location, a massive gym in Southampton, opened last year. 10 Montauk Highway, Southampton, other locations are in Amagansett and Wainscott; barrysbootcamp.com

The Barn, SoulCycle’s Bridgehampton studio, is celebrating its 10th anniversary this summer, and it’s harder than ever to get into the 9:30 class. (For tips on getting in, see Kelly Ripa’s interview with SoulCycle senior master trainer Stacey Griffith in this issue.) 264 Butter Lane, Bridgehampton, other locations are in Water Mill, East Hampton and Montauk; soul-cycle.com

Expanded space for private training and advanced barre, YogaFlow and Pilates mat are new on the menu at Elements Fitness. And stay tuned for its streaming video workouts, which allow you to work out at home. 68 Newtown Lane, Suite 6, East Hampton; elementsfitnessstudio.com

“People have more downtime in the Hamptons and are open to trying new and different types of workouts,” says Katia Pryce, the star trainer behind Dancebody, who’ll be teaching her cultishly popular classes at Bridgehampton Tennis & Surf Club (231 Midocean Drive). Check her website for details. dancebody.com

Cardio-dance fans can also get their groove on at AKT (Sarah Jessica Parker and Emmy Rossum are clients). In addition to regular classes, founder Anna Kaiser in July will be hosting a five-day intensive program. 3 Railroad Ave., East Hampton; aktinmotion.com

Perhaps there’s no greater mecca in the Hamptons for the fitness-inclined than Gurney’s Montauk Resort & Seawater Spa, which has been luring a who’s who of top trainers every summer. This year, Gurney’s plans to offer 15 pop-up classes from Dancebody, Nike trainer Benjamin Monk and other fitness stars. “Travelers today want to make sure they can keep up their wellness routine while on the road,” says Suzie Baleson, co-founder of The Wellth Collective which curates wellness programs at Gurney’s. 290 Old Montauk Highway, Montauk; gurneysmontauk.com

Elsewhere in Montauk, guests of The Surf Lodge can take fitness classes with Bari Studio on Saturdays or book their stay in July, when sportswear brand Roxy will be hosting a mini surf camp with pro surfer and Instagram star Kelia Moniz. 183 Edgemere St., Montauk; thesurflodge.com

Montauk newcomer BYoga, co-founded by Anna Chung and Sarah Strimmel, opened in May with Earth elements-inspired vinyasa classes (acccordingly named BFire, BWater and Bearth). Strimmel promises her classes will deliver both mind and body benefits. “They will kick your butt,” she says, “then leave you feeling blissed out.” 83 S. Elmwood Ave., Montauk; byogahive.com