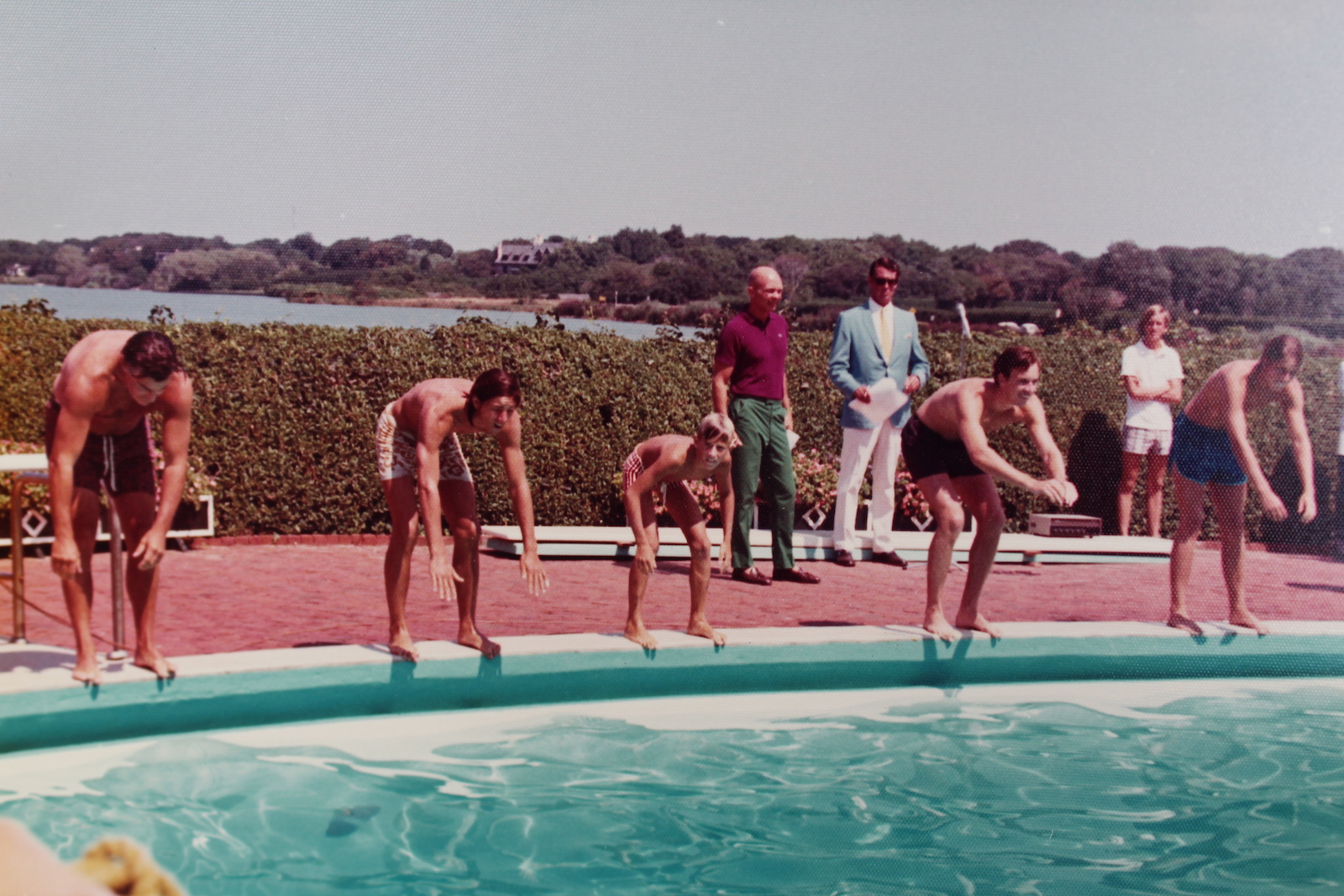 I don’t keep count but I probably spend some 100 to 125 days a year on a surfboard in the ocean. I snuck in a few days in the Pacific over a Thanksgiving trip to California and Oregon, and even in the cold and snow on the South Fork this winter I had a handful of great surf sessions. This summer, as a one-time extravagance, I’ll spend too much money and six days in airplanes to reach a remote island in the Indian Ocean to hunt for one more perfect surfing moment.

The endless summer is a cliché now, but surfing for some of us remains a lifelong spiritual quest. A “religious experience,” as Gerry Lopez, one of the great wave riders of all time, has said.

When I peel away the layers of my surfing life I arrive at the beach in Southampton alongside my closest childhood friend, Alder Crocker, and his father, Frank, in the early 1970s. To me, an adventurous 9-year-old kid, Frank Crocker was instantly admirable. I must have known him in street clothing, but in my memory Crocker is always in a bathing suit: a former Marine drill sergeant and collegiate oarsman, he was powerfully muscular and trim, bald, with a little smile and a deep baritone voice. He was naturally friendly with me, never too eager or too glad. Just genial, in a subdued New England way. He was “in shipping,” my parents told me (he ran the wonderfully named Halcyon Steamship Company), where I imagined his reserved charm and toughness came in handy with the longshoremen. 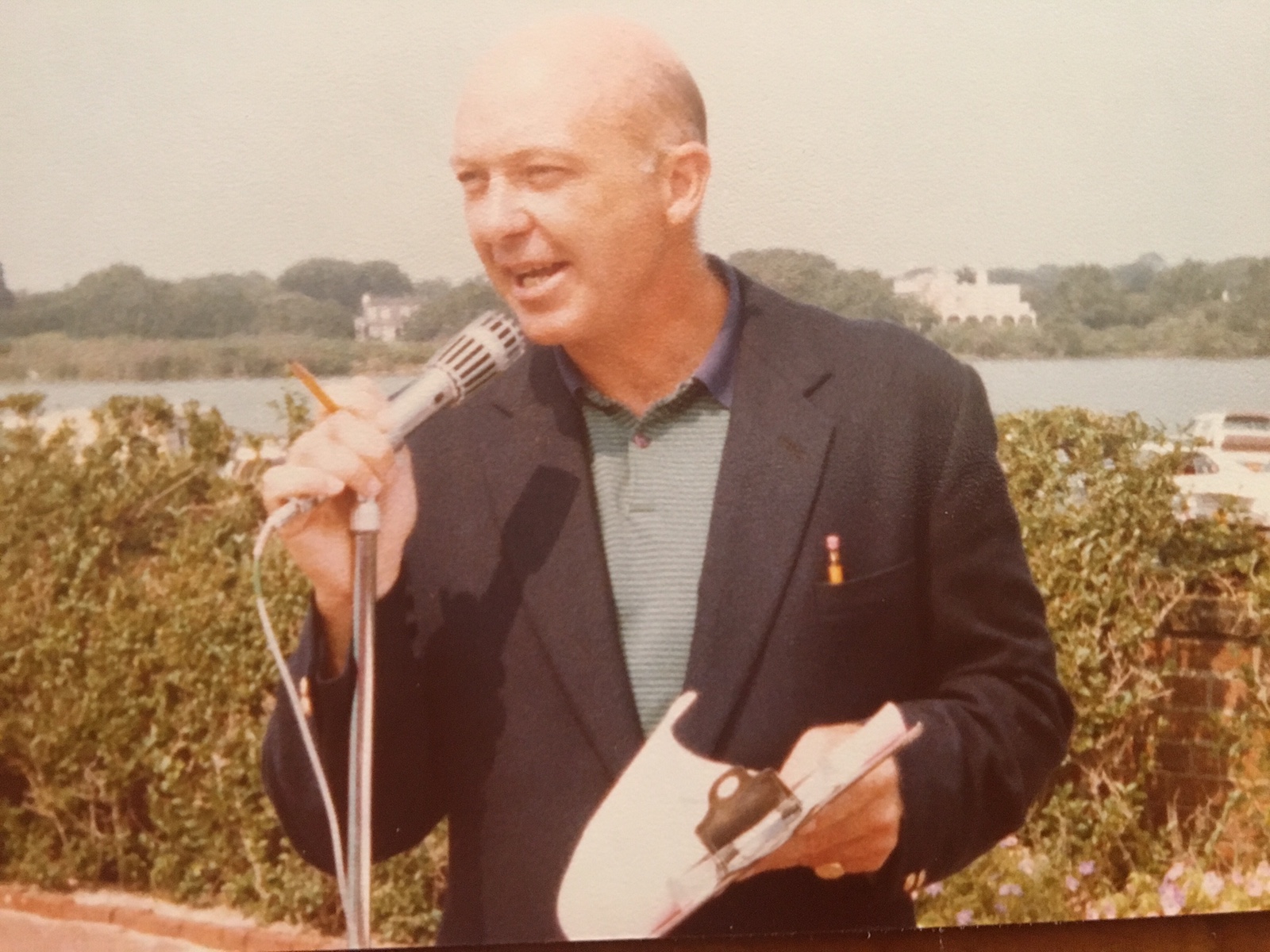 What distinguished Crocker most in my eyes were his skills in the water. He was an original “waterman,” the term used these days for the likes of Laird Hamilton and Titus Kinimaka. Crocker lived in the ocean every day he could. When I knew him in his early 40s he was by far the ablest swimmer at the Southampton Bathing Corporation, where we’d see one another in the summers. He always swept the end-of-season Labor Day-weekend races. The young lifeguards on the beach sought his advice on conditions, and when rough surf warranted closing the ocean to swimming, Crocker was the one they allowed in. Members would stop to watch him drive through the shore break, swim out, and ride the waves.

Alder and I were thick in the summers in our early teens. We’d spend hours in the shore break, mostly body surfing. By the age of 10 I was hooked. If there was a ripple to ride, I’d in be in all day. Occasionally, when the surf was deemed too rough, the lifeguards would keep us on the beach, with one exception. “It’s OK if you’re with Frank,” our parents would allow, and I began to pray for storm-surf on weekends when I knew Alder’s dad would be out from the city.

Not that Frank Crocker appeared to be watching over us, although I’m sure he was. You learned by keen observation, because he made it seem that it was up to me to summon the necessary courage and skill in the face of terrifying nature to see myself through.

“It was a thing to go out with Dad,” Alder reflected recently. “He taught us how to avoid the sea pussies [dangerous currents] by swimming under them or letting yourself drift… how to judge when to get out past the first break, how to dodge the big ones, how to pick the right waves to ride, and how to ride ’em… lessons applicable in almost every aspect of life.” 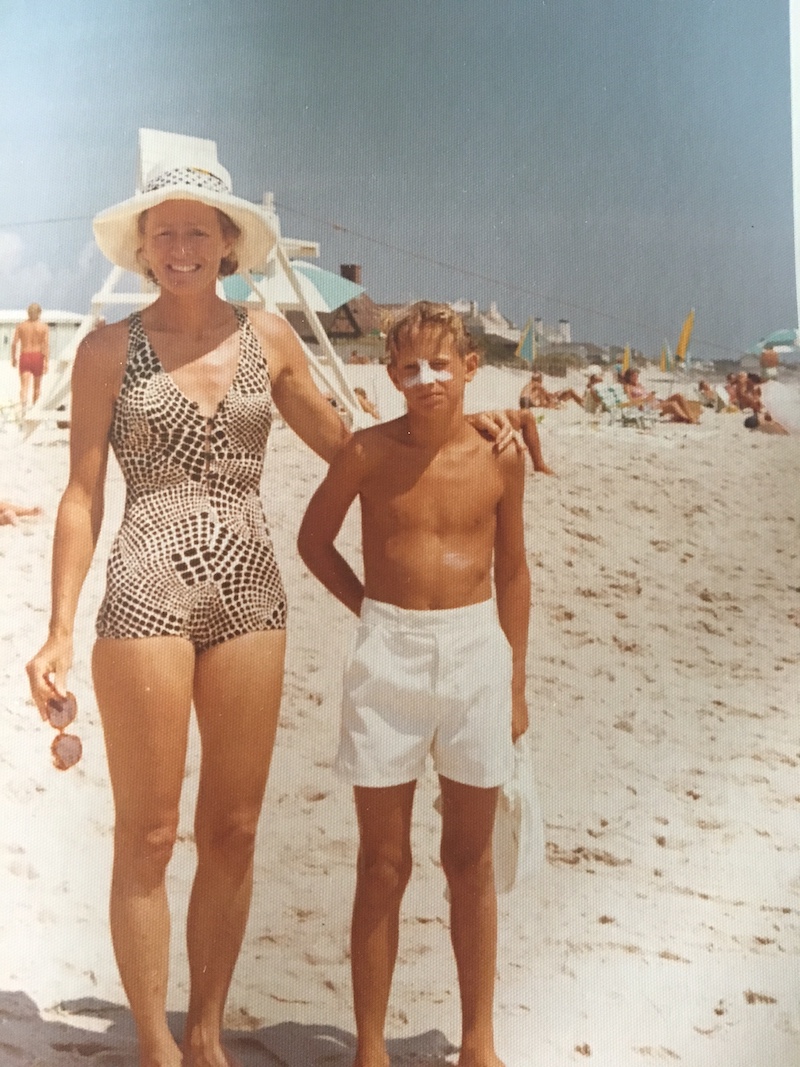 Anyone who’s been seized by a sport or a pastime, especially one so beholden to the powers of nature, has pivotal, formative moments etched into their memories. One breathtaking August morning I rode my bicycle to the beach after a big storm. The winds had shorn the trees of their leaves; sand was piled high in the road. I can’t be sure but I believe it was Hurricane Belle, which crashed into Long Island in early August of 1976. I was 13. You could hear the roar of the surf all the way down Main Street in Southampton. At the ocean, giant swells welled up out of the southeast. Combed smooth by an offshore wind, they pitched and peeled across the outside sandbars.

Crocker was there. He never seemed to miss the biggest days. “Are we going in?” he asked, as if we were equals. It wasn’t really a question—he was going in, and so was Alder. Skinny, scared, unsure, a little cold, I followed.

My enduring mental picture of that day is of a blindingly sun-splashed ocean, and of making it way out to remarkably safe water beyond the distant breakers. The waves were exploding—cracking, really—between us and the beach a few hundred yards away. Frank Crocker was doing big loops, catching wave after wave, riding them in, swimming back out.

There were just a handful of surfers around back then, and we joined the pack that had gathered way outside, just east of the beach club. They hooted at one another’s long rides and in sheer astonishment at the unfolding spectacle. I had never been so close to people standing up on boards as the waves pitched, dropping down the faces. There was a grace to it, an elegance. I was transfixed.

“How’re you doing?” Crocker must have asked at one point. In such situations, eyes glistening, he would grin improbably. I wonder what my expression conveyed. I remember being terrified that a giant wall of water would guillotine me any second, but also bristling with a new, unfamiliar ecstasy, a mess of fear, elation, gratitude, humility and wonder—a feeling I’d chase forever.

Alder and I began to drift apart after that summer. I took up surfing in earnest and started to hang out with the surfers. “Where’s Alder?” my parents would ask, gently expressing their disapproval. By the time he and I hit college, we’d mostly lost touch.

I was in college when my mother called to tell me Frank Crocker had died. It had happened quickly, she said. He’d had cancer. He was two weeks from his 52nd birthday. It was late August 1984. Hurricane season. I hadn’t seen Frank in several years and my image of him was frozen in a singular memory. I hadn’t known he was sick. His death seemed inconceivable.

“What is it about surfing?” someone asked me recently. It was a reasonable question, given the fervor of the growing surf tribe. As I fumbled for an answer Crocker came into focus: intrepid, joyous, irrepressible, in a bathing suit, on the beach, beckoning us to join his miraculous fun. Frank Crocker initiated us gradually into a wondrous ocean life, and from him I learned to love it, too, to go back again and again, to be crazy for storms, to seize the moments, eagerly, hungrily, knowing that a blessedly perfect day is almost never followed by another.